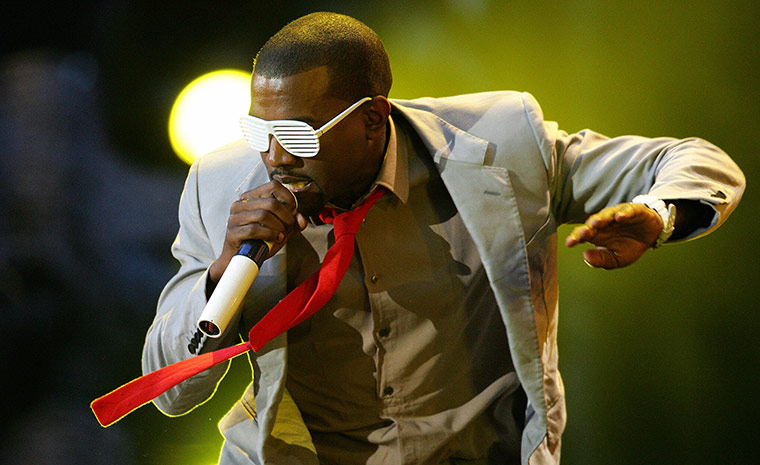 Update: It looks like the below is true, as MTV spoke with producer Denise Di Novi. Check out a piece of the conversation below, including the revelation that West is a “huge” fan of the show.

“Kanye’s always been a Jetsons fan, I think because he’s so into design and he loves the design aspects. So we had a fun brainstorming conversation.” We heard that he knew we were working on the Jetsons. He reached out and said he’s a huge Jetsons fan. There are a lot of Jetsons fanatics out there, especially people that are into either futuristic science or design. He was interested in creatively brainstorming what we were doing with the movie and what ideas he might have. It was a really friendly, preliminary conversation. He was going to think about it more and see if he got inspired visually. He’s a very visual artist.”

Last night hip-hop superstar Kanye West took to Twitter to talk about just about everything. Aside from spilling on how he hasn’t spent his money on things like cars and jewelry, he also went into a tirade about eduction before circling back to fashion. He also let loose a few interesting film-related projects he is developing. First up, he revealed that the is involved in the upcoming Jetsons movie, presumably the one spearheaded by producer Denise Di Novi with Robert Rodriguez previously attached to direct.

We heard over the summer that WB wanted more of a big-budget, mainstream approach and I don’t know anyone that can provide big & flashy mor eso than West. I mean, look at that image above. He might even get a part in it. Check out his quote below.

I was just discussing becoming the creative director for the Jetson movie and someone on the call yelled out.. you should do a Jetsons tour!

After conquering the music industry, why not take on Hollywood? In another brief update, West also said he is developing a “summer school that tries new forms of curriculum” with the director of his recent video for Otis, Spike Jonze. There isn’t much to go off, but that idea of West and Jonze starting a school to presumably expand the arts is an ambitious one, but I wouldn’t put it past him actually go after this one.

In the last film-related update, West revealed a “seven-screen experience” titled 2016 OLYMPIC’s, set to be released this year. West added, “It’s a semi sic-fi since 2016 is only 4 years away : )” One can see the image below, but it looks to be an experimental video project to coincide with the summer Olympics in Rio de Janeiro. This no information on the application or where it will be displayed, as we only have the preview below, but it looks to be an immersive art piece to visualize some of sporting events. Was Kanye West just under the influence late last night or do any of the above projects actually have merit? Only time will tell, but if anything is to be gleaned is that the man goes non-stop, extending his hand to almost every industry. After some of his elaborate, lavish tour set-ups and music videos, I’d at least be interested to see what he comes up with for a Jetsons movie.

Jetsons movie? Spike Jonze school? 2016 Olypmpics project? What do you think Kanye West will actually follow through on?