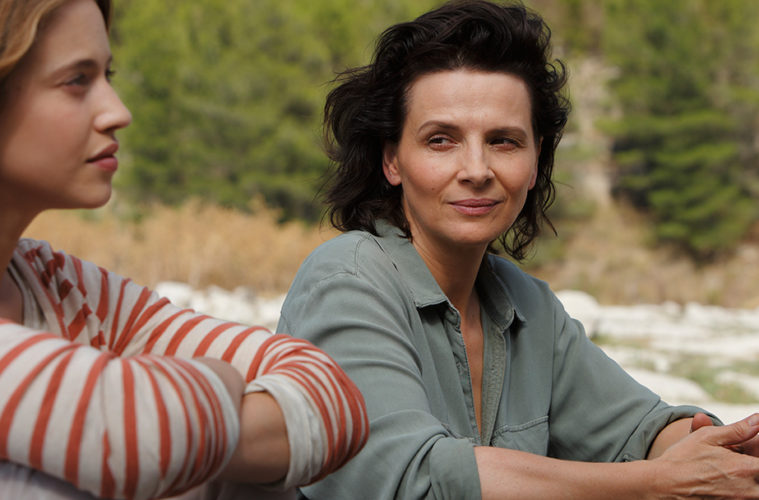 If Clouds of Sils Maria didn’t completely satisfy your desire for a movie where Juliette Binoche is secluded with another woman in a beautiful European location, the feature-directing debut of Piero Messina (assistant director on This Must Be the Place and The Great Beauty) should land right on the radar. That picture, The Wait (or L’Attesa), will hit the U.S. this spring, and what’s seen in its domestic trailer echoes Olivier Assayas‘ atmospheric and mysterious film in many ways — certain visual overlaps are actually so strong as to be a bit jarring — though reviews for this particular effort were a bit more reserved.

Our own review, written in Venice, expressed frustrations. Said we, “Visually there’s a lot to salivate over in this beautifully designed, almost compulsively artful picture. It’s not just the land, water, the vivid expanse of Sicily that provides a constantly stunning backdrop to the proceedings. Distinct color schemes and careful framing turn everything from a silent car ride to a frying egg into oeuvres of considerable sophistication. While Messina’s taste cannot be denied, this observation is not entirely complimentary, for there’s a calculated quality to all this exquisiteness – when you render even the X-ray images of an airport baggage scan so chicly commercial-ready, it can appear quite suspicious, not to mention exhausting to watch.”

See the trailer below (via Vanity Fair):

Stunningly shot and deeply resonant, L’ATTESA heralds the arrival of a talented new voice. With Sicily as his backdrop, Piero Messina (assistant director on Paolo Sorrentino’s THE GREAT BEAUTY) navigates a range of emotions in telling the strange, irresistible story of the relationship between two women from different generations. Academy Award®-winner Juliette Binoche stars as Anna, who is meeting her son Giuseppe’s French girlfriend, Jeanne (Lou de Laâge), in the lead up to Easter festivities. Young and enchanting, Jeanne arrived with excitement before Giuseppe, whose continued delays and lack of presence cast a dark, mysterious shadow over the household. Why is Giuseppe not here and when will he appear? As Anna and Jeanne wait, they grow closer than either imagined they would, despite the secrets they’re harboring from one another.