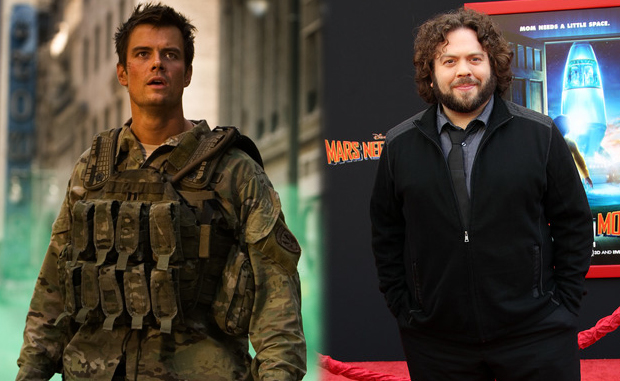 Dan Fogler has not had a wonderful movie career; ever since his first starring role in 2007’s Balls of Fury, he’s been typecast as the loud, annoying friend who generally makes a movie worse rather than better (Good Luck Chuck being a prime example, although nothing really could’ve saved that). It’s really a shame too because Fogler is a Tony Award-winning actor and he’s had a few bright spots (last year’s Take Me Home Tonight as well as the Sam Kinison screen test that has been floating around for years) that prove that he’s got the talent that few are giving him a chance to unleash.

Here’s hoping Fogler will get a fair shake as Deadline reports that the actor and Josh Duhamel have signed on to star in Scenic Route, written by Kyle Killen (The Beaver). The two will play best friends who get lost in the desert and start turning on each other when they start to believe that they’ll never be rescued. Sounds a little bit like Gus Van Sant‘s 2002 film Gerry but methinks it’ll have a bit more comedy in it. Scenic Route will be directed by the team of Michael and Kevin Goetz. No word on when production will start.

The script by Killen is what’s intriguing me the most as well as giving me hope; Scenic Route has the sort of premise that could make for a wonderful dark comedy (or a straight up drama, being that it’s never implicitly stated as being a comedy). In other words, it could finally be Fogler’s chance to break out and do something with some meat to it. Same goes for Duhamel who’s also been stuck in a more bland movie purgatory himself for as long as I can remember. Definitely too early to get too excited, but Scenic Route has a lot of potential to be both interesting and the movie that finally gets Fogler (and Duhamel too) some respect.

Are you interested in Scenic Route? Do you think Dan Fogler has more to offer than what he’s already shown?