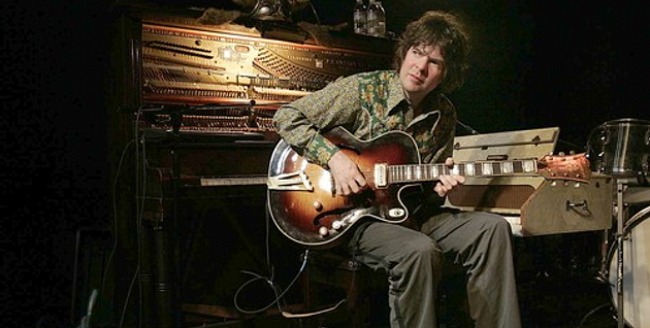 Ironically, The Playlist‘s report concerning the status of Miranda July‘s upcoming sophomore effort, The Future, comes right on the heels of my first viewing of Me and You and Everyone We Know, the artist’s feature debut, which won a special jury prize at Sundance. The report confirms the previous speculation that Jon Brion (Eternal Sunshine of the Spotless Mind, Punch Drunk Love, I Heart Huckabees) will write the music for the film.

For those that have seen July‘s debut, you’re surely aware of her unorthodox style. That being said, it doesn’t come as much surprise that the synopsis of The Future contains plenty of elements that would seem outright silly if they were in the hands of an unproven artist. Here it is, in full:

Sophie and Jason are a thirty something couple who have hit a bit of a brick wall in their lives. They live by themselves in a one-bedroom apartment and spend a vast amount of time online. They make a decision to adopt a terminally ill cat named Paw Paw. Like a newborn baby, he’ll need around-the-clock care. Despite their good intentions, Sophie and Jason are terrified of the responsibility and the looming loss of freedom, so with just one month left, before they are due to collect the cat, they decide to quit their jobs to pursue their dreams. Sophie wants to make a dance, and Jason wants to throw his life open to the profound excitement of chance—on a whim he volunteers to be a door-to-door canvasser. As the month slips by, Sophie becomes increasingly immobilised, unable to make even the slightest progress with her dance, and in a moment of desperation, she begins an affair with someone she barely knows, Marshall – a tough, square, fifty-year old man she met briefly at the animal shelter. Using elements of magical realism – a talking cat who narrates his own sad tale, a living tee-shirt, and strangely familiar Moon – the film bravely creates its own particular universe. With pathos and humor, it invites us to share the bitter sweetness of this moment in the lives of this young couple.

The Future‘s status at the upcoming Sundance Film Festival still isn’t confirmed, though it is certainly a plausibility. The other main piece of information provided in the report is that Nikolai von Graevenitz worked as the cinematographer for the film, which was shot in 35mm. We will keep you updated as this film’s festival destination becomes clearer.

What did you think of July’s first film? Are you looking forward to The Future?