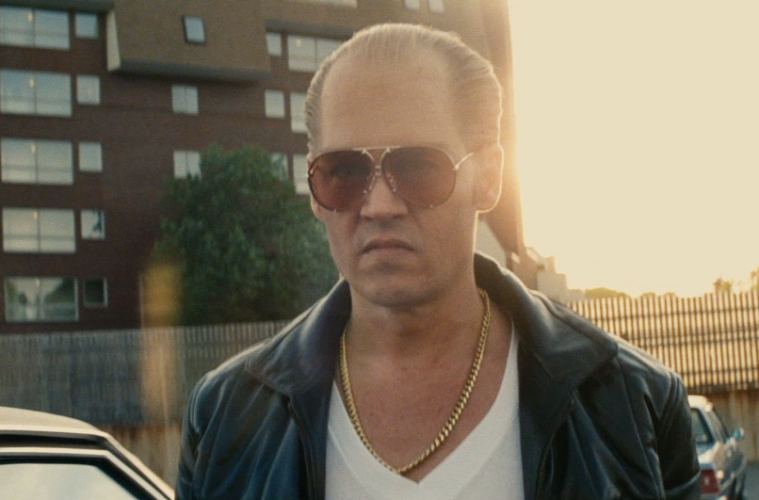 Looking at his recent batch of releases, not to mention another forthcoming Pirates sequel, it’s been a long time since Johnny Depp has taken a substantial role of worth. Hopefully that will change this fall with the release of Black Mass, a biopic surrounding the dangerous Irish, Boston-based mobster Whitey Bulger.

Marking Scott Cooper‘s follow-up to Out of the Furnace, the first trailer has now landed today, which reveals a terrifying-looking Depp as the kingpin while we’re introduced to some of the ensemble over the backdrop of a heated dinner conversation. Also featuring the impressive cast of Joel Edgerton, Benedict Cumberbatch, Kevin Bacon, Dakota Johnson, Jesse Plemons, Corey Stoll, Rory Cochrane, Sienna Miller, and Adam Scott, check out the first trailer below.

In 1970s South Boston, FBI Agent John Connolly (Joel Edgerton) persuades Irish mobster James “Whitey” Bulger (Johnny Depp) to collaborate with the FBI and eliminate a common enemy: the Italian mob. The drama tells the true story of this unholy alliance, which spiraled out of control, allowing Whitey to evade law enforcement, consolidate power, and become one of the most ruthless and powerful gangsters in Boston history.