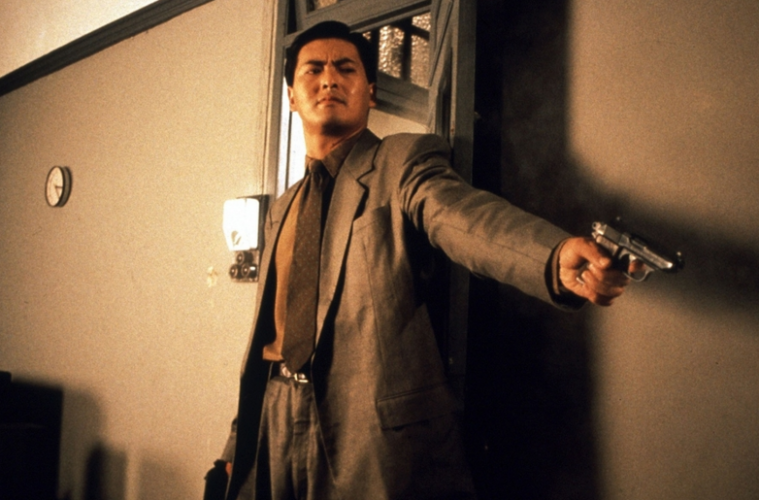 John Woo Confirms He’ll Shoot ‘Manhunt’ Next, Followed By Remake of ‘The Killer’

John Woo’s first film(s) in several years, The Crossing, failed to make much of any impact when either part hit China between December of last year and this past July. Whether or not the non-existent international notices have played some role in his latest career decisions, it could nevertheless be said that they recall the artist international audiences came to love decades ago – and rather explicitly, in one (potential) case. According to Screen Daily, his next outing, Manhunt, “should recall the hard-boiled action of the director’s earlier years” by adapting Juko Nishimura‘s novel about a cop attempting to prove himself innocent of the rape and murder others have accused him of.

That project was announced in March, so perhaps it’s old news to the Woo faithful. The prospect of it, supposing he’s still up to snuff, remains as appealing as ever. What’s been less-publicized is that second endeavor: a remake of his Hong Kong classic The Killer, which was once slated for John H. Lee. The lack of a stated director makes Woo’s wording on this matter ambiguous, but Screen Daily’s full quote — “So after Manhunt, I probably will go back to Hollywood to make another action thriller. I’m going to make The Killer in an American version” — would, to many an ear, indicate he’ll step behind the camera here.

Whatever comes of it, the results will be fascinating — for better or for worse. The Killer is a classic example of its national cinema, the kind of film that would attract attention with western audiences precisely because it seems so different than what they’re regularly fed. What comes of the westernization? What, in the name of God, happens when the man most instrumental in making it happen, more than a quarter-century after the fact, returns to handle this new iteration? If Woo’s directing, that is.