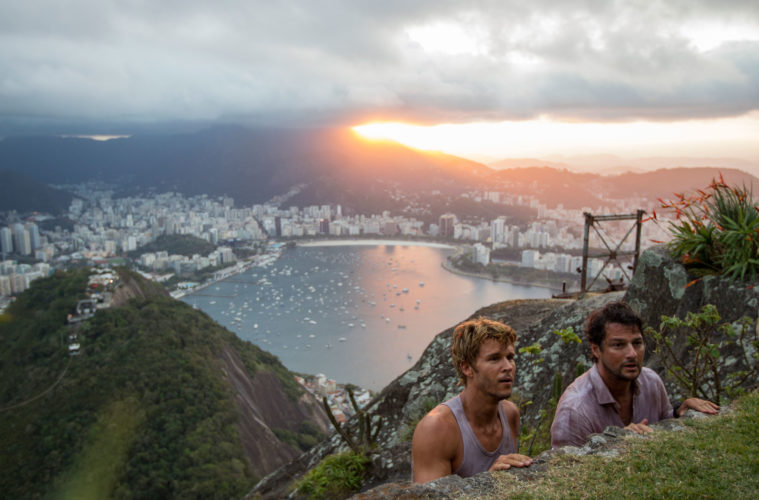 You probably know how these [City], I Love You films work: a collection of directors — and some very prestigious ones, at that — create short films that are set in and, perhaps in some way, defined by the area in question. This is a great idea that most would say has never exactly taken off, considering the tepid reception afforded Paris, je t’aime and New York, I Love You, as well as the absolute lack of attention paid to Tbilisi, I Love You. For better or for worse, there’s now Rio, I Love You, which collects the likes of Paolo Sorrentino, José Padilha, Fernando Meirelles, Guillermo Arriaga, and John Turturro to direct, among others, Harvey Keitel, Emily Mortimer, Vincent Cassel, Jason Isaacs, and Turturro himself.

The latest trailer — which arrives more than 18 months after an initial pair and the film’s premiere — is more promising, if only because it displays (albeit in flashes) a more varied and dynamic set of formal skills. Yet the few reviews one can find are hardly complimentary, for the most part reflecting the lack of cohesiveness, that certain limpness, which hampered prior installments. I’d love for this to break the trend. The third episode of the Cities of Love franchise, Rio, I Love You is an anthology created by 10 visionary directors from across the globe. The story line of each segment focuses on an encounter of love in a different neighborhood of the city, demonstrating the distinctive qualities and character of that location. The film serves to bridge gaps between cultures, educating and entertaining the audience while celebrating unique and universal expressions of love.

Rio, I Love You will enter a limited release on April 15.