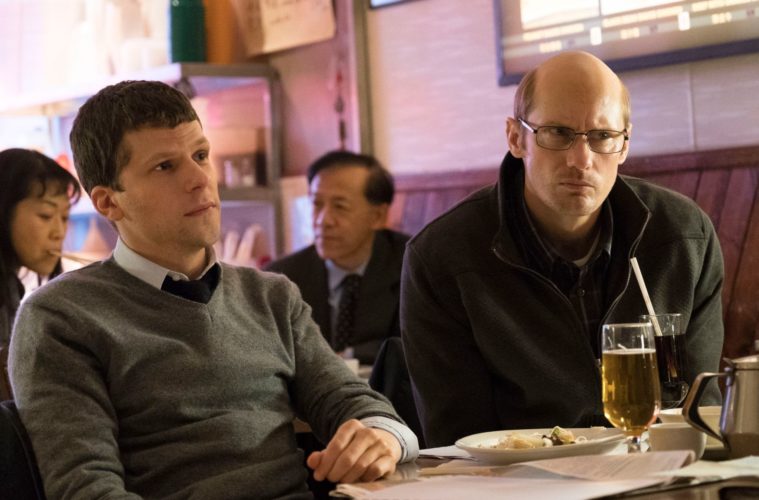 Kim Nguyen’s The Hummingbird Project depicts a strange bromance between cousins Vincent (Jesse Eisenberg) and Anton (Alexander Skarsgård) who take it upon themselves to build a tunnel from Kansas to New Jersey to run a long micro-fiber cable, just so micro-trading stakeholders can save a few milliseconds in the bidding process and thereby earn a lot of money. Following a TIFF premiere and ahead of a March release, The Orchard has now debuted the first trailer and poster.

Bedatri D. Choudhury said in our review, “The film is largely a meditation on late capitalism and the pressure it puts on people to get mindlessly rich. As Vincent struggles to even remain alive, he uproots forest, drills through rocks, disturbs every ecological balance in sight, and doesn’t think twice before unscrupulously trespassing on people’s property. The project is meant to be his swan song; the one thing he will do before he dies to leave behind a legacy to be proud of. Of course, there is an anti-climax.”

In this modern epic, Kim Nguyen exposes the ruthless edge of our increasingly
digital world. Cousins from New York, Vincent (Jesse Eisenberg) and Anton
(Alexander Skarsgård) are players in the high-stakes game of High-Frequency
Trading, where winning is measured in milliseconds. Their dream? To build a
straight fiber-optic cable line between Kansas and New Jersey, making them
millions. But nothing is straightforward for this flawed pair. Anton is the brains,
Vincent is the hustler, and together they push each other and everyone around
them to the breaking point with their quixotic adventure. Constantly breathing
down their necks is their old boss Eva Torres (Salma Hayek), a powerful,
intoxicating and manipulative trader who will stop at nothing to come between
them and beat them at their own game.

The Hummingbird Project opens on March 15.