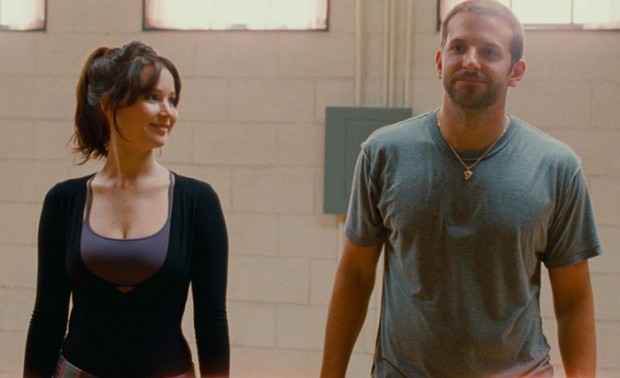 When David O. Russell likes an actor, he keeps him or her close. Before their relationship reportedly fell apart, his go-to star seemed to be Mark Wahlberg, who led Three Kings, I Heart Huckabees and The Fighter for the director. Now it looks as though the director has turned to his starring duo of Silver Linings Playbook.

The multiple Oscar-nominated film will likely pick up a few awards come the end of the month, but O. Russell is already putting the finishing touches on the ensemble for his next film and we’ve now got another addition. Alongside Christian Bale, Amy Adams, Jeremy Renner, Louis C.K. and Bradley Cooper, Deadline reports that Playbook‘s Jennifer Lawrence has joined the ensemble.

Set in the 1970s and following an FBI sting operation, Lawrence has taken the role of Bale’s wife in the project. O. Russell has a knack for finding the perfect combination of actors and this one is shaping up to be his finest line-up yet. Read this synopsis, coming from Eric Warren Singer‘s script, below:

The Untitled David O. Russell Project is based on the true story of a notorious financial con artist (Bale) and his mistress/partner in crime (Adams), who were forced to work with an out of control federal agent (Cooper) to turn the tables on other con artists, mobsters, and politicians. At the epicenter of the entire tale, is the passionate and volatile leader of the New Jersey state assembly (Renner) who is also the local hero and mayor of impoverished Camden.

Expect a late 2013 release for what will likely be another major awards contender for Russell.

Are you looking forward to the Silver Linings reunion?