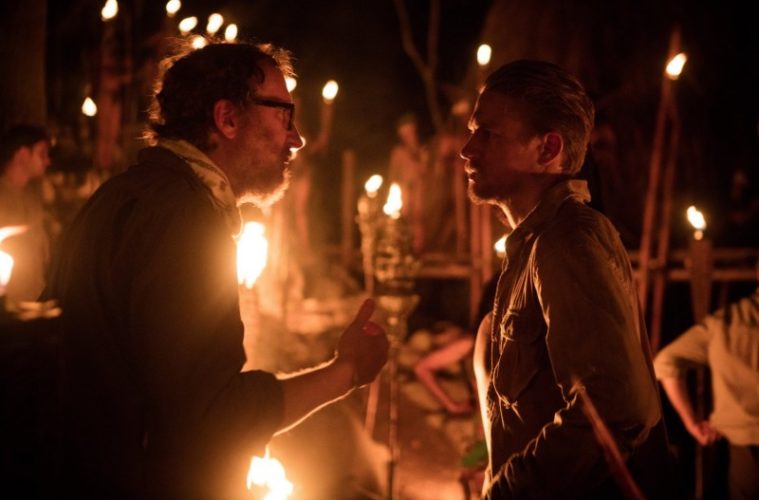 One of the greatest American directors working today, James Gray’s classical style is a welcome reprieve in a Hollywood that’s increasingly less interested in mid-budget adult dramas. Following The Lost City of Z, he’s currently in post-production on his Brad Pitt-led sci-fi film Ad Astra, due for a qualifying run later this year and January release, and now a new project has been announced.

In a directorial upgrade for the ages, THR reports that Gray is set to replace Matthew Vaughn on the spy thriller I Am Pilgrim. Based on the Terry Hayes novel, the MGM project follows a former head of an espionage unit in the U.S., who now lives an anonymous life under the radar, and is pulled back into a mission that finds him facing a terrorist.

A first for Gray, the studio hopes this first film will kick off a franchise. The 2014 best-seller source material was the first novel from Hayes, who has had a long screenwriting career including Mad Max 2 and Payback. Gray aims to make the film after Ad Astra, so check back for casting news on the anticipated project.

See the synopsis for the novel below and pick it up on Amazon.

An intelligent and taut debut thriller that depicts the collision course between two geniuses, one a tortured hero and one a determined terrorist.

Pilgrim is the code name for a world-class and legendary secret agent. He’s the adopted son of a wealthy, Waspy family and was once the head of an internal affairs force for US intelligence services. He held the vaunted title Rider of the Blue, which he acquired after he was forced to assassinate his turncoat predecessor in Moscow.

His adversary is a man known only to the reader as the Saracen. As a young boy, the Saracen sees his dissident father beheaded in a Saudi Arabian public square. But the event marks him for life and creates a burning desire to destroy the special relationship between the US and the kingdom. Everything in the Saracen’s life from this moment forward will be in service to jihad.

At the novel’s opening, we find ourselves in a seedy apartment near Ground Zero. A woman lies facedown in a pool of acid, features melted off her face, teeth missing, fingerprints gone. The room has been treated with DNA-eradicating antiseptic spray. All the techniques are pulled directly from Pilgrim’s book, a cult classic of forensic science written under a pen name.

In offering the NYPD some casual assistance with the case, Pilgrim gets pulled back into the intelligence underground. What follows is a thriller that jockeys between astonishingly detailed character study and breakneck globetrotting. The author shifts effortlessly from Pilgrim’s hidden life of leisure in Paris to the Arab’s squalid warrior life in Afghanistan, from the hallways of an exclusive Swiss bank to the laboratories of a nefarious biotech facility in Syria.

The inevitable encounter between Pilgrim and the Saracen will come in Turkey, around the murder of a wealthy American, in a thrilling, twisting, beautifully orchestrated finale.