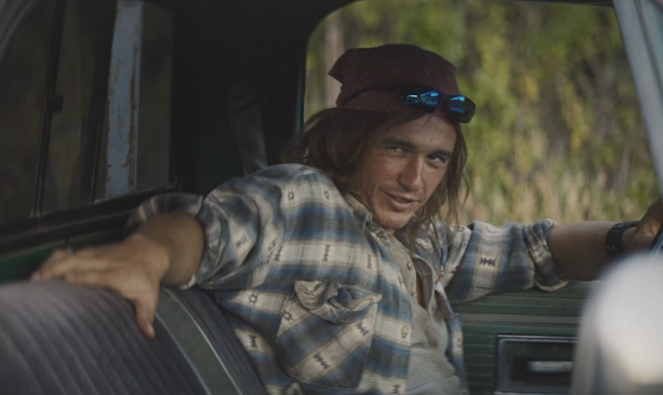 Another week, another new James Franco film. Following up Goat and King Cobra, his next project is Burn Country (formerly titled The Fixer), a winner a this year’s Tribeca Film Festival for Best Actor in a U.S. Narrative Feature Film. Considering Franco, along with Melissa Leo and Rachel Brosnahan, make up the supporting ensemble, the award went to Dominic Rains.

He plays Osman, a reporter at a local newspaper in Northern California who uncovers a mystery in his new location. Ahead of a release this December, the first trailer and poster has now arrived, which sell an intense set-up and featuring intriguing, dark imagery. The reviews out of Tribeca were mostly positive, so hopefully this is one to seek out later this year. Check out the trailer and poster below.

In BURN COUNTRY, Osman (Dominic Rains) leaves behind his life as a fixer for Western journalists reporting on the war in Afghanistan. He lands in a small bohemian town in Northern California, living on the couch of his friend’s mother (Melissa Leo) and working as a crime reporter for the local newspaper. Restless and eager to penetrate the mysteries of his new home, he strikes out on his own, befriending the unstable hot tub craftsman Lindsay (James Franco) and an elusive local actress Sandra (Rachel Brosnahan). But when Lindsay goes missing under troubling circumstances and Osman goes after him, he is drawn deep into the backwoods of this small town. As things take a dangerous turn and an unfamiliar form of violence ignites around him, Osman is forced to confront the increasingly untenable reality of his new life. Burn Country opens on December 9 in theaters and on demand.