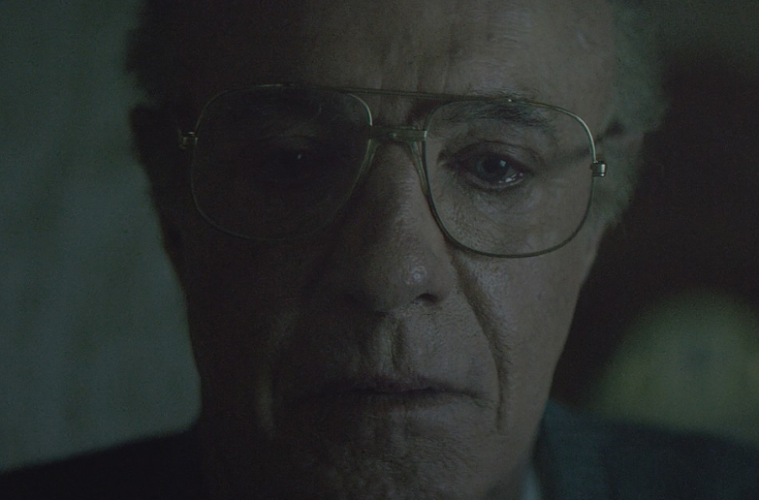 Continually prolific throughout the years, James Caan has moved into some genre fare with the first trailer for the indie SXSW thriller The Good Neighbor. Setting up a potentially unreliable narrator with a teenager’s-account-inside-a-courtroom-interrogation structure, the film concerns two boys who have an experiment known as the “haunting project,” a theory that with the right set-up, could make a person believe they are actually being haunted. Their subject? The “creepy psycho hermit that lives across the street” (Caan). As they set up cameras and rig his house for their manipulation, everything goes peachy until they suddenly witness more aggression and strange behavior than they could have expected.

Tie in a creepy basement with a stellar performance from Caan and you have all the ingredients for a neat horror-thriller that looks to mix Disturbia with a behind-the-curtains-version of Paranormal Activity and perhaps a touch of this month’s Don’t Breathe. The trailer features a slew of praising reviews, promising a film “full of surprises” with an “emotional wallop of an ending.” See for yourself below, along with poster, with a nod to First Showing.

In THE GOOD NEIGHBOR, a pair of mischievous high school kids (Keir Gilchrist and Logan Miller) create the illusion of a haunting on an unsuspecting neighbor (James Caan). While keeping his every reaction under surveillance, they see much more than they bargained for.