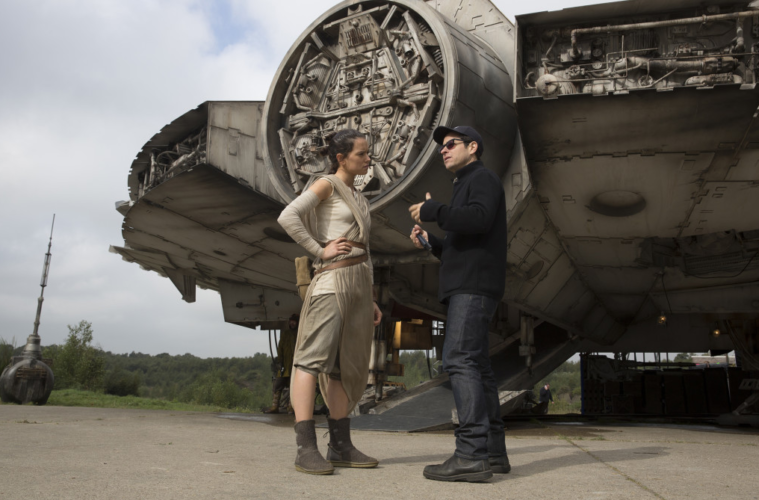 Much has been discussed when it comes to Star Wars: The Force Awakens about how it will use the past films as inspiration, but thankfully, director J.J. Abrams will go a bit deeper than that. “Instead of just having Star Wars movies as a reference for this, I also went back and watched some of my favorite films,” he tells Reuters. “Obviously Seven Samurai, some of the John Ford films, because I knew those were also influences that George [Lucas] had.” Pulling a name one might not expect, he adds, “[Terrence] Malick is not a director you would normally think you’d go to for a Star Wars movie and yet I don’t know of a more profound and emotional filmmaker than Malick.”

He continues by saying, “There were many scenes were I might have typically wanted to rush the camera around or cut more frequently but in trying to grow a little bit and trying to tell the most powerful story possible, you learn lessons in restraint. You learn lessons in stillness. You learn lessons in confidence and trust in your characters and the audience. So I found myself working to not just keep things moving as fast as I could, which sometimes has been my default, but rather sometimes to keep things as still as I possibly could or let things breath as a balance to the action, of which there is much in the movie.”

So, it remains to be seen just how much influence Malick will actually have, but it certainly piques our interest. As we await the film, check out the full 72-minute press conference below, along with an international trailer one might want to avoid, and Chinese posters.