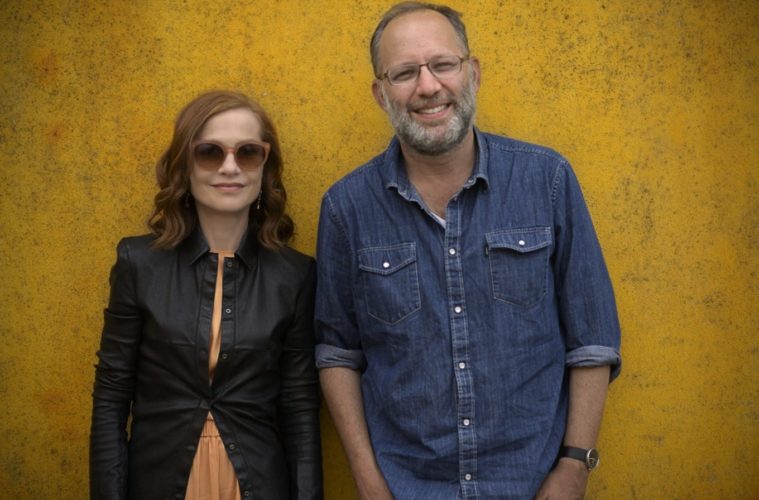 Ira Sachs’ new film Frankie features his largest ensemble to date, featuring newcomers to his world, including Brendan Gleeson and Isabelle Huppert (playing the title character), while also collaborating once again with Marisa Tomei and Greg Kinnear. Through little more than a change of locale–as Frankie’s family vacations in Sintra, Portugal–change is instigated for everyone involved. A marriage on the rocks crumbles, a relationship moving toward engagement stalls out, a first kiss is experienced, and the loss of a partner is mourned.

We spoke with Sachs about the character of Frankie being closer to Isabelle Huppert’s real personality than the characters she is known to play. Sachs also discusses his view of a tangible faith (compared to a faith in things we cannot see) in his movies. Finally, we talk about the influence of Satyajit Ray’s film Kanchenjungha on Frankie and his recently scrapped television projects.

The Film Stage: In Lulu Wang’s The Farewell, there’s a line “Chinese people have a saying: When people get cancer, they die.” Frankie (Isabelle Huppert) has come to similar terms with her terminal illness and that’s the through-line of the movie.

Ira Sachs: I think Frankie is a lot like Isabelle in certain ways. The character was written for Huppert. I met her soon after Love is Strange, which she had seen and responded to so we were talking about working together. I think Isabelle has a kind of honesty and directness. I discovered a warmth she has in person but often hadn’t been seen in her movie roles, so it’s a big part of Frankie. In some ways she’s the director of the film, meaning she’s a character who’s trying to orchestrate the lives of others around her. Part of her journey is understanding the future is out of her control.

There’s that scene where Frankie is watching Jimmy (Brendan Gleeson) and Ilene (Marisa Tomei) from a panopticon, ghost-like view.

To me, it’s a movie that moves between characters and stories, but ultimately it comes to a crescendo where the family has gathered together. The personal reckoning that Frankie goes through with the audience, in a way, as her most intimate relationship. In that moment you’re talking about she’s very much alone. The audience witnesses that loneliness and I think becomes a part of it.

There’s a moment where Frankie rejects healing water offered to her at a Catholic chapel. I couldn’t help but think of how that bookends with Love is Strange, where the Catholic church rejects George (Alfred Molina) because he married his long-time partner Ben (John Lithgow).

I wouldn’t say it’s exactly the Catholic faith in Frankie because the history of her family’s religion isn’t really defined. I think faith in general, in an organized fashion, is something Frankie shares with me in a direct way. I believe in what’s in front of me. I also believe in beauty and I think that’s one of the elements of Frankie as a character, that there are things that are divine but they aren’t necessarily separate from the real. Like a sunset, a forest.

This film is set in one day but we shot for six weeks. There was this need for me to accept the variations of nature and whatever might come. In some ways you’re resisting it because you write a scene for daylight and sunlight, and you hope it’s going to be sunny. Then you arrive at the set that morning and there’s a hurricane, which there was during one day of our shooting. Instead of resisting what came I tried to really accept the part of this place and landscape, and I think that’s what Frankie is asked to do ultimately, to accept.

Frankie shows the ends of various relationships: the beginning of a divorce, you see a dating relationship end, and ultimately the death of a partner. What was on you and Mauricio Zacharias’s mind in writing this story?

Everyone is searching for some sort of connection in an intimate way. I think the variations have to do with different generations. How at different ages we experience the most important things in life in very different ways. There’s a first kiss in this film. You could say this film is a coming of age movie. You could say it’s a film about a marriage in trouble. You could say it’s a film about a marriage in its last chapter. Or a film about a woman trying to figure out who will be her life partner. All those things for me were part of the exciting thing that gives cinema its dynamic nature. For me, the dynamic is the conflict of different genres that occur in any one moment where you have comedy played right up against tragedy. In this case, a film about love is also a film about money. In particular, this film was inspired by a very good friend of mine who went through a long, terminal illness. In advance, I would have thought that was only about sadness, but everything else in life seemed to come up in the course of her illness. Every other question that seems significant. So for me, this film is very much about life.

You’re not wrong, you’re not wrong. [Laughs.] Specifically there’s a film by Satyajit Ray, Kanchenjungha, a film he made in 1962. It’s a film about a family on vacation in the Himalayan mountains. It takes place in one day, there’s a central drama that brings them all together and there’s nine stories of each family member told within the course of the film. For me, seeing that film and the relationships between the characters and the landscape of the mountains was impactful. I’d been thinking and reflecting on that movie for a decade and it very much was an inspiration.

Are you still making a TV series based on Tim Murphy’s book Christodora?

No, no green lights. I was working on two projects: a film about Montgomery Clift for HBO and the other was for Paramount, an adaptation of Christodora. I think I’m not meant for TV. It’s a different medium, it turns out. Whatever people tell you, it’s a very different medium. I didn’t have any personal difficulty of collaboration but I don’t work by committee. When you work for a studio it is a committee decision process. I think that was maybe not the best space for me as a creative person. I think my taste doesn’t align with commercial cinema or at least commercial television.

Are you working on anything else?

I’m writing a new script with Mauricio for a film set in New York about a father with three daughters.

Frankie is now in limited release.