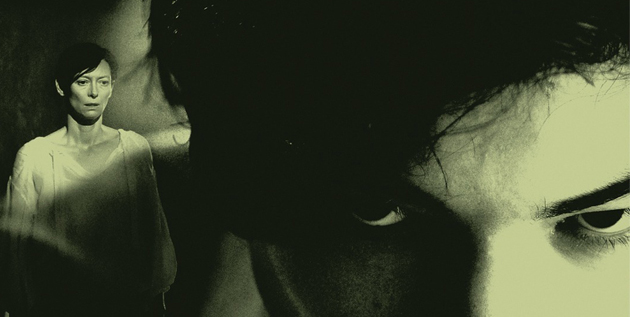 Lynne Ramsay’s We Need To Talk About Kevin made waves earlier this year when it played at the Cannes International Film Festival and the drama has enjoyed a slew of critical praise since. Focusing on the rearing of a child that goes horribly wrong at the hands of Tilda Swinton and John C. Reilly, this is a film that asks more questions than it answers. In other words, it will spark discussion (or talk, if you will).

Last month I had the pleasure of speaking with Ramsay over the phone. We discussed a film with a similar premise, the difficulty with making the film, how they shot the opening sequence that depicts the La Tomatina festival, and much more. Below you can find the full transcript, and you can look for the film in limited release now.

The Film Stage: First off, let me say that I loved the film. It’s challenging and difficult. But before we move on, I’d like to ask where you currently are.

Lynne Ramsay: I’m just out here in LA, but I was shooting a film in Devon, which is Southwest of England. It’s four hours from London. So I have to run from the shoot in my galoshes kind of thing. In my Wellington boots. Change clothes and come here. It’s a bit surreal, really.

It’s a really interesting year in film right now. I was thinking to myself after I saw the film, ‘This would make a great dramatic double-billing with Beautiful Boy.’ Have you seen the film or heard about it?

I have heard about it but I haven’t seen it. I know that it sounds like a similar premise but a different take on it. But I haven’t seen it. No. But I feel a bit bad for those guys because Kevin has overtaken it a bit. It looks like it’s a good film. I’m very supportive of other filmmakers. I’m sure it’s great and the actors are great. But the other filmmaker would much rather kill me. [Laughs] I wanted to talk about Kevin’s character a little bit. Having him wear ill-fitting shirts was a very specific touch. What was the decision on that?

Well it’s actually something from the novel. He’s a child that doesn’t want to grow up. It’s almost like another provocation for Eva [Swinton’s character], and quite sexualized as well. So that was very much in the mix when we got the costume. It’s also important for the character. I think it’s a perverse love story in a lot of ways. He wants the attention so he provokes her all the time. That’s where that came from. The costume was very designed. In fact it saved on costume considering the time and the budget we had.

Tilda Swinton is a great choice for the mother, but I was really surprised by how well John C. Reilly worked in that role. He’s got a carefree kind of attitude. What drew you to him?

I thought of John when I read the book, actually. I felt John could bring some warmth to it. In the book the character is All-American beauty. He’s super handsome and a big guy. But it doesn’t sound like her usual type. She says in the book that she normally had these European boyfriends and she ends up with this warm, cuddly guy. So I think right from the get-go I thought of him. My husband [Rory Kinnear] co-wrote the film with me and we were like, ‘God, John C. Reilly would be great for this.’ And then by coincidence, he’d made a list of five directors that he wanted to work with and I felt very honored to be on that list. So his agent had called and asked what I was doing, and I said that it wasn’t a main part but a very important part. I think John’s a linchpin.

John should get a bit more love for his part because I think he really makes it work. He just wants to make it alright. He’s just a warm dad. He doesn’t want to see the bad side of his child. It’s very much a unique tragedy. The dad kind of turning a blind eye. But out of love. Not from a dark side. He really loves his kid. And Kevin plays him. He knows that she gets him more. He knows that he can dupe his dad easily because his dad’s so full of love. So it’s actually quite difficult when he had to leave. I think John was amazing. I’d love to work with him again. We connected, a lot. Considering the dark subject matter, it was a very jolly shoot. I think they had to all decompress. They were hanging out on the weekends. This was a real family affair. John and I were jamming together, playing music, and singing. Making up songs. He recorded a song for my niece which is a beautiful song. She’s so honored. I hope that he can put it out, actually. I made up the tune and he did the lyrics. He’s a very talented man. He can do comedy, he can do drama. He’s very versatile. Definitely. The camerawork in the beginning of the film is kind of hazy and it almost looks like a steadi-cam at certain points.

No, we actually didn’t use a steadi-cam. We used a handheld that we fooled around with but I definitely know what you’re saying. So it looks like it. But there’s no steadi-cam in the film. I was very conscientious about La Tomatina; the festival. The producers would ask me if we [could recreate it]. There’s no way to get forty thousand people in the street. So I said that the clever thing to do is to go into the real thing. And so I spoke to Tilda and she was like, ‘Yeah, let’s do it.’ So I went and I picked a sweet spot and [someone] tried to bump my spot, but I picked it too early. [Laughs]. I knew the best place to shoot it from. But what I didn’t know was that the whole thing lasts like two hours, and we had about 15-20 minutes to shoot it. So it was like, ‘Wow, man.’ And also it’s very dangerous. People don’t care that it’s Tilda Swinton or if you’re the director. They just kill you with tomatoes. [Laughs]. Tilda was very cool about that. Because I don’t think many actresses would have went into that situation. I felt threatened. I got slammed against a door and f*cking tomatoes against my head. The camera jammed. It was like chaos. Like hell. A fun hell, but hell.

I’m curious because you look at the producer credits in the beginning. The title card, and then all the funders and things like that. BBC Films is behind this. And the UK Film Council, which awards money from the lottery and things like that, but this isn’t a very British film. Did you get any resistance?

I felt like it was good to keep my independence from a movie studio to make this kind of movie. Besides I don’t think any studio would have taken it. It was very run and gun in a way but very, very planned. We shot in CinemaScope. Producers always say, ‘Oh my gosh, CinemaScope, you mean more landscape?’ Because it’s so expansive, but to me it’s fantastic because you can do two shots instead of one single. It was like a western for them. They normally only use that in westerns. And that’s wonderful because it’s like this epic in the ever day. Using that in a family drama and making it very epic was important to me. But it also saves a lot of time and money because of the size of the frames. I could make the war between Kevin and Eva in the frames.

That was something Seamus McGarvey [the cinematographer] decided to go with very early.Everything that is said in the film is said in the script. The images; the signs. But that’s not to take away from the wonderful cinematographer that I had — Seamus McGarvey, who was amazing and very fast. It was only a 30-day shoot. And also the editor Joe Bini, who works with [Werner] Herzog normally. He was fantastic. There were things that we had to edit. We changed the order a bit. We also had to cut scenes at the last minute so we had to fill in the gaps. Do reshoots. We had a lot of skips. We had like three scenes, but only one page. The scenes are short. So it took a lot of time constructing that because I had to be very precise.

The nature versus nurture argument…are you familiar with this?

Well that’s an age-old argument. People have been writing about that from the beginning of time. I mean there’s certain things I saw. I thought [Kevin] was missing an emotional quotient but I also thought she was a rotten mother. So I do feel like it’s about her guilt. It doesn’t mean that she was going to raise a psychopath, but that’s just an extreme version of motherhood. I think mother’s feel a huge responsibility for the actions of their children. That is definitely something I thought a lot about. The way I see my mother with my brother and the way she feels guilty. And she might not well like her son, but she was bloody well there for them. She comes to visit and gives them presents. She stays in the same place.

It’s definitely difficult. Do you side with any one thing or do you find qualities of truth in all of it?

Well, I think there are qualities of truth in all of it. [Eva]’s like, ‘I like my son’ but she doesn’t. And John’s character is just in love with the kid and the kid performs to him. The younger Kevin has a line which is very odd and very truthful where [Eva]’s talking about having a new baby. And she feels so much more for the other baby. Every child’s different. Sometimes you feel more for one child versus the other. Some people say that pregnancies are the most difficult times for kids in the same family. It can be like total foreigners. But the younger kid, Jasper Newell, has a line where Eva says, ‘We’re going to introduce a new person into your life.’ She goes on and says, ‘You’ll get used to this new baby.’ And he says, ‘Just because you’re used to something doesn’t mean you like it. You’re used to me.’ He knows that she doesn’t like him. We Need to Talk About Kevin is now in limited theaters. Check out the expansion schedule here.