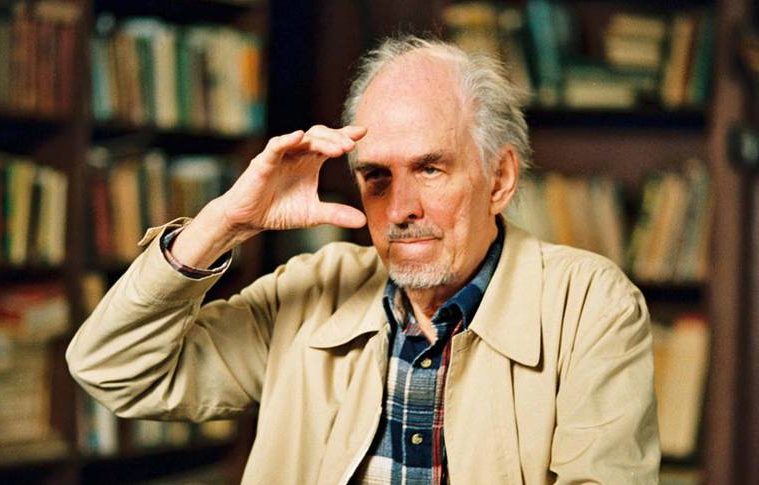 Ingmar Bergman would have been 97 years old today. To celebrate, we took a list of his favorite films (via MUBI), as we do with many directors, and categorized them into an easily viewable collection. But rather than provide trailers, full streams of the pictures, or any other historical-archival video, it’s been decided — mostly on account of this being a big list — that quotes from Bergman (when they can actually be found) are a better fit.

Although they are, of course, complimentary of the works in question, many of them are still barbed enough to fuel his (slight) reputation for being a cantankerous sort. (A few of these will inspire strong reactions in us; I, for one, am only human.) Regardless, the force with which Bergman, a director who can earn such praise and derision, is speaking evinces a passion for cinema that most directors would never even bother to exhibit. It’s to be cherished.

The quotes come from this Criterion listing, Wikiquote, a search through Ingmar Bergman: Interviews, and various searches. Amounting to 35 selections, have a look for yourself:

“Getting to know Victor Sjöström – first through his pictures, and then by meeting him in person – was to me a tremendous personal experience. It all began very early with The Phantom Carriage. I must have been around 12, 13. It made a very deep impression on me. I was deeply shaken by that film. Not that I understood it or anything. I rather think I was struck by its enormous cinematographic power. It was an entirely emotional experience. I can still remember it. I remember certain sequences, certain scenes that made an enormous impression on me.”

“I guess I have a certain weakness for silent films from the second half of the 1920s, before cinema became infected by sound. At this time, cinema was creating its own language. There was Murnau and The Last Laugh, with [Emil] Jannings, a film told exclusively with images, with extraordinary dynamism and fantastic sensuality in its visual choices, superbly directed. Then Murnau made Faust and eventually his masterpiece Sunrise. Three astonishing works, which tell us that Murnau — at the same time as [Erich von] Stroheim in Hollywood — was well engaged in the process of creating a largely original and autonomous language. I have many favorites among German movies of this period.”

The Passion of Joan of Arc (Carl Theodor Dreyer, 1928)

When asked if he liked Dreyer’s films: “Yes, in a protesting way. [S]ome of his pictures have infected me. But in a very strange way, he has always been an amateur. Like Antonioni.”

From a MoMA profile: “Every year on his birthday (Bastille Day), Bergman screened Chaplin’s melancholy masterpiece The Circus for family and friends. The guy wasn’t all existential angst. Sometimes, he could enjoy an inept tightrope walker with his pants falling down being attacked by a barrel of monkeys. Was this funny, or a metaphor for life?”

“As for international influences, Bergman explains to [Jan] Aghed by way of a story about French critical snobbery that he is not nearly as indebted to the universally beloved Jean Renoir as he is to Julien Duvivier and Michel Carné,who seem considered by all but him to be less figures.”

“A French critic cleverly wrote that ‘with Autumn Sonata Bergman does Bergman.’ It is witty but unfortunate. For me, that is. I think it is only too true that Bergman (Ingmar, that is) did a Bergman… I love and admire the filmmaker Tarkovsky and believe him to be one of the greatest of all time. My admiration for Fellini is limitless. But I also feel that Tarkovsky began to make Tarkovsky films and that Fellini began to make Fellini films. Yet Kurosawa has never made a Kurosawa film. I have never been able to appreciate Buñuel. He discovered at an early stage that it is possible to fabricate ingenious tricks, which he elevated to a special kind of genius, particular to Buñuel, and then he repeated and varied his tricks. He always received applause. Buñuel nearly always made Buñuel films.”

“Robert Bresson (with the exception of Mouchette and Diary of a Country Priest) and Carl Theodor Dreyer, Akira Kurosawa after Rashomon and Luchino Visconti after La Terra Trema hold small place in his cosmology.”

I have seen Les Vacances de M. Hulot (Mr. Hulot’s Holiday) countless times. I sit and wait for the parts I enjoy. These can be whole sequences, great moments or just details.

“We were supposed to collaborate once, and along with Kurosawa make one love story each for a movie produced by Dino de Laurentiis. I flew down to Rome with my script and spent a lot of time with Fellini while we waited for Kurosawa, who finally couldn’t leave Japan because of his health, so the project went belly-up. Fellini was about to finish Satyricon. I spent a lot of time in the studio and saw him work. I loved him both as a director and as a person, and I still watch his movies, like La Strada and that childhood remembrance – what’s that called again? (The interviewer has also seen the movie several times, but just now the title slips his mind. Bergman laughs delightedly.) Bergman: Great that you’re also a bit senile! That pleases me. (Later the same day, several hours after the interview, the phone rings.) Bergman: ‘AMARCORD!'”

“I think he’s a very good technician. And he has something in Psycho, he had some moments. Psycho is one of his most interesting pictures because he had to make the picture very fast, with very primitive means. He had little money, and this picture tells very much about him. Not very good things. He is completely infantile, and I would like to know more — no, I don’t want to know — about his behaviour with, or, rather, against women. But this picture is very interesting.”

“He’s done two masterpieces, you don’t have to bother with the rest. One is Blow-Up, which I’ve seen many times, and the other is La Notte, also a wonderful film, although that’s mostly because of the young Jeanne Moreau. In my collection I have a copy of Il Grido, and damn what a boring movie it is. So devilishly sad, I mean. You know, Antonioni never really learned the trade… He concentrated on single images, never realizing that film is a rhythmic flow of images, a movement. Sure, there are brilliant moments in his films. But I don’t feel anything for L’Avventura, for example. Only indifference. I never understood why Antonioni was so incredibly applauded. And I thought his muse Monica Vitti was a terrible actress.”

From Bergman’s website: “That is his masterpiece, an impeccable film.”

“Suddenly, I found myself standing at the door of a room the keys of which had, until then, never been given to me. It was a room I had always wanted to enter and where he was moving freely and fully at ease. I felt encouraged and stimulated: someone was expressing what I had always wanted to say without knowing how. Tarkovsky is for me the greatest, the one who invented a new language, true to the nature of film, as it captures life as a reflection, life as a dream.”

From a Criterion interview: “The camera and voyeurism are closely related to each other, but there are very few cinematic instances where the theme of the camera as voyeur has been developed. When I made my first love scene in my first film, I suddenly felt like a voyeur. I hadn’t thought of that before. This is part of the director’s profession. I told Bergman about this experience and he said, ‘Yes, you certainly are a voyeur. And you have a big camera which is catching it for you so that you can look at it over and over again.'”

From Jarl’s website: “According to Ingmar Bergman, documentary filmmaker Stefan Jarl definitively ‘belongs to the small circle of extremely talented madmen who have enriched Swedish cinema.'” Additionally, “One of the last great samurai who unyieldingly fights for ideals and convictions. In our ‘heavy industry’ there aren’t many like him.”

From an interview with Vinterberg: “I was having issues with my script for It’s All About Love, so I called Ingmar Bergman and we ended up talking about everything but the script. He said, ‘Well, Festen is a masterpiece, so what are you going to do now?'”

From a Moodysson profile: “Ingmar Bergman pronounced it ‘a young master’s first masterpiece.'”

“Among today’s directors I’m of course impressed by Steven Spielberg and Scorsese, and Coppola, even if he seems to have ceased making films, and Steven Soderbergh — they all have something to say, they’re passionate, they have an idealistic attitude to the filmmaking process. Soderbergh’s Traffic is amazing. Another great couple of examples of the strength of American cinema is American Beauty and Magnolia.”

How many favorites do you share with Ingmar Bergman?