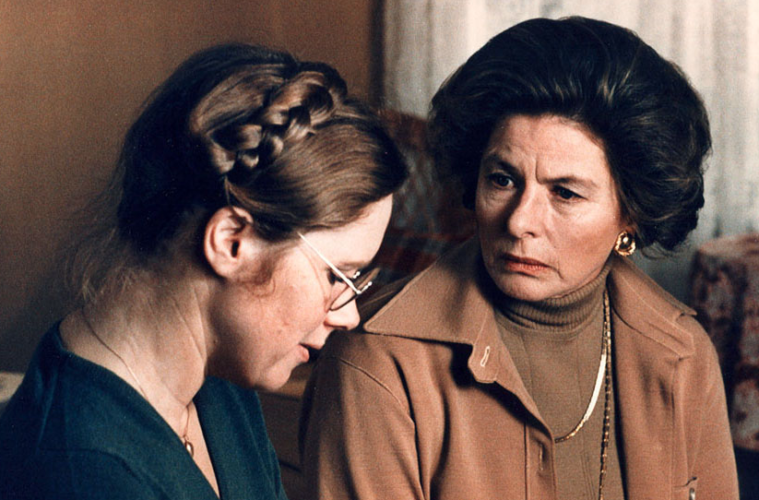 It’s a common story: a highly acclaimed art house director behind countless celebrated works finally comes to the United States for their English-language debut — and the results, more often than not, are quite mixed. It’s certainly not the case with all directors: Fritz Lang, Douglas Sirk, and Roman Polanski made what is arguably their best work when in Hollywood, after all. But then you get something like Wong Kar-wai’s My Blueberry Nights (an underrated, albeit problematic feature) or Fernando Mierelles’s The Constant Gardner.

What is less rare — and, perhaps, more interesting — are not American filmmakers who travel to foreign lands, but actors. To direct with a language barrier is one thing, given the assistance that can be provided by numerous crew, but, for performers, it’s a significant-enough issue that most would rather stick to their home turf. Fortunately, Criterion have given us a reason to consider this topic by way of Ingrid Bergman, the Swedish-born Hollywood superstar known for her roles in canonical studio pictures such as Casablanca, Gaslight, and Notorious. With a Blu-ray upgrade of Ingmar Bergman’s Autumn Sonata, it’s time to consider a superstar who defied borders throughout her career, bringing international flavors to Hollywood and Hollywood to the art house.

Bergman has a strange acting history: she made films in Sweden for over half-a-decade before making her American debut in 1939, and her presence had always felt to be somewhat “un-Hollywood” in character. Yet her European works are always peppered with the presence of a Hollywood past: as Farran Smith Nehme notes in her fantastic, Criterion-supplied essay, watching Sonata conjures memories of many classic Hollywood mother roles, be it Bette Davis in Now, Voyager or Lana Turner in Imitation of Life. Smith writes, “Cast a Hollywood star and she brings to a role memories of her past films, as well as her public image,” explaining that, more than her film work, Bergman’s scandals of being unfit for motherhood — e.g. she left her first husband for Roberto Rossellini, and did not see her daughter for many years — weigh deeply on Bergman’s presence.

Autumn Sonata carries with it the undeniable theme of a “star” casting shadows on their offspring. When she finally arrives on screen, Bergman’s Charlotte, the mother of Liv Ullman‘s Eva, is a tidal wave of charisma, prancing around her daughter’s house with an almost superfluous obliviousness. But, then, Eva drops the gauntlet on her mother: Charlotte’s other daughter, the mentally and physically challenged Helena (Lena Nyman), is also in the home. The events that follow — an epic piano duel and the long heated denouncement of past sins — works on three levels: the events of the drama present on screen; the relationship between Bergman’s Hollywood work (a more precise and stronger enunciation, as she notes while playing the Chopin sonata) to that of European filmmakers (Eva’s messy, nevertheless more honest interpretation of the sonata); and a play on the meta-relationship of the actress and her own daughter.

Director Bergman brings out the best in actor Bergman by, in fact, bringing out her worst. He begins in a primarily theatrical space by emphasizing that this long-gestating meeting between mother and daughter carries an air of artifice, even opening the picture with Halvar Bjork’s fourth wall-breaking monologue. Bergman slowly breaks down the barriers, though, as Sven Nykvist‘s harsh lighting does no favors to either of the actresses’ faces. Along with screaming harsh truths once hidden in the past, Bergman’s close-ups allow us to see the unavoidable age and pain that has worn on these people — especially the older Bergman, herself so far gone from the soft-light glow of Hollywood. The tragedy of Autumn Sonata is that Eva goes too far in her accusations — an attempt to tear down any fond memories of her mother and turn the woman into some ultimate villain. In doing so, we begin to sympathize with Charlotte, to an extent; we certainly wouldn’t consider her faultless, but at least a victim of her own faults.

Autumn Sonata ends with Charlotte on a train, leaving behind her this isolated landscape the action has been set within. Although she’s off to another performance, it really feels like a train back to Hollywood, taking her away from the pains that “returning home” has opened up. Many films have taken a meta-reflexive attitude with their performers, but the relationship between a Hollywood actor and a European, modernist approach to cinema is something more reflective and more unique that works through multiple levels of meaning and performance. One cannot look at Bergman and see just the role she is playing — she carries years of great films in her gestures and vocal reflexes (even if it’s in perfect Swedish) — but Autumn Sonata manages to tie these layers together, and, through her pathos, a great Hollywood titan manages to convey it all simultaneously.

Autumn Sonata is now available on The Criterion Collection.