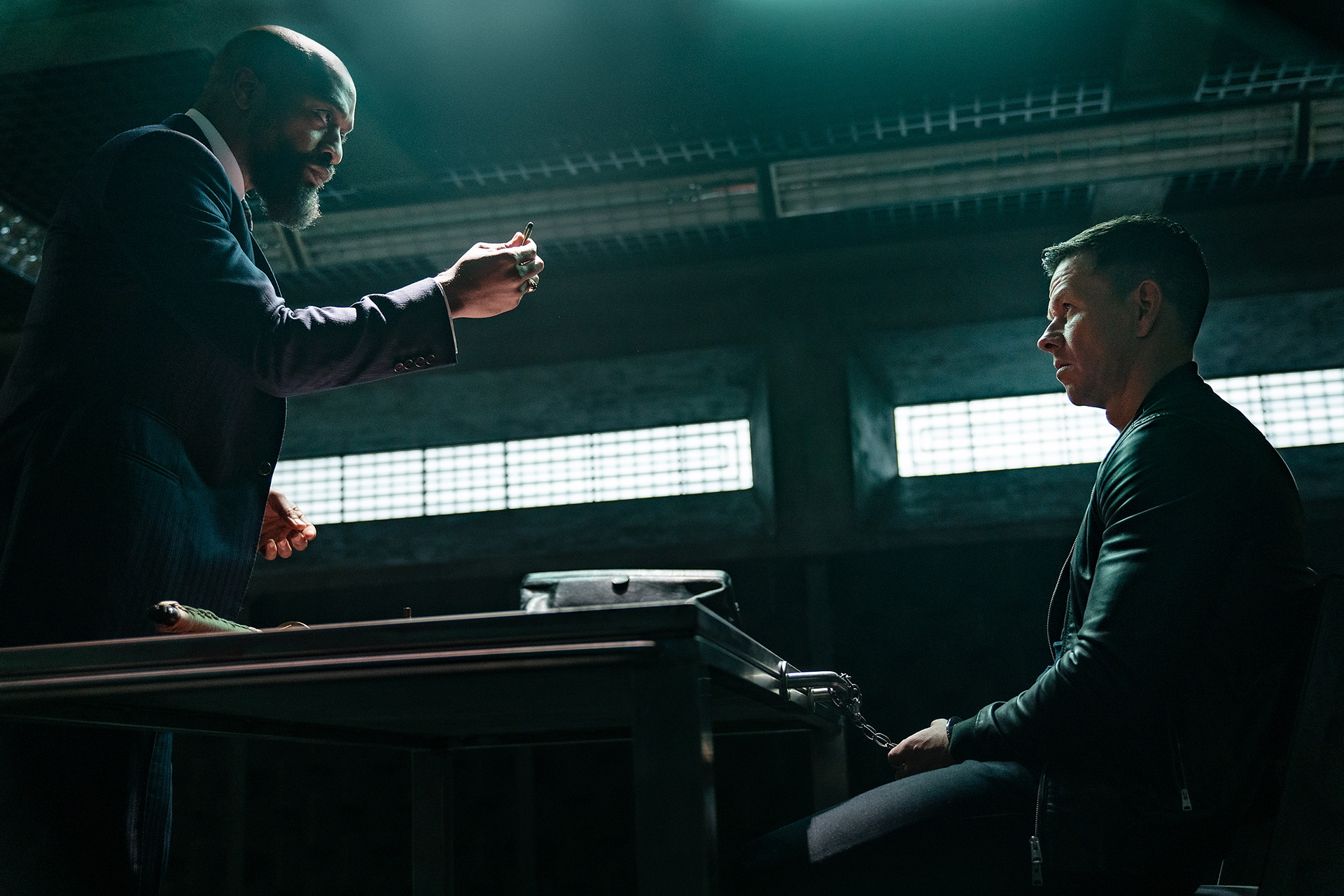 The background of how Infinite was optioned is a fun, anecdotal tale steeped in what some might construe as fate, others simply dismiss as dumb luck. In 2009 former software developer D. Eric Maikranz self-published his debut novel The Reincarnationist Papers—the fictional memoirs of a man with memories of past lives who seeks to join a secret society of others like him—with the promise (printed on the front page) to give anyone able to put a copy into the pipeline at a Hollywood studio ten percent of the advance paid for turning it into a film. A junior executive stumbled upon a copy at a hostel, handed it off to the powers that be, and ultimately received his reward ten years later.

What interested me more as the finished product’s release approached, however, was that marketing materials have a third name between Maikranz and screenwriter Ian Shorr. “Screen story by Todd Stein” existed despite the film being based on a book. Not necessarily unique, but definitely weird and understandable after reading a cursory description of Maikranz’s novel. It appears it’s more of an atmospheric world-building experience than strict A-to-B plot progression with a central conflict needing resolution. Maikranz sought to introduce readers to the Cognomina right alongside his lead character as they delved into the past and exposed their place in the present. It therefore sounds more like Tales from the Loop becoming a philosophical anthology than a Mark Wahlberg actioner.

So rather than see The Reincarnationist Papers as a viable entity worth giving cinematic treatment, it appears those that junior exec connected with saw the potential of Maikranz’s idea. And then they wondered how to jam in as many popular tropes from the past two decades of video games and movies as they could. Past lives recall Assassin’s Creed. Immortality recalls vampires and the possibility of living long enough to either value the gift, resent it, or use it for hedonistic pleasures. Add science fiction elements from The Matrix (plus the weaponry proficiency countless others adopted in its wake) and the Cognomina becomes little more than a backdrop, if not erased completely as a term. Now it’s about a war between good and evil.

I don’t want to say I laughed when the voiceover described what this battle was, but it’s kind of hard not to considering the way in which it is delivered. Approximately five hundred people known as Infinites (they start recalling their past lives and skills around puberty until they become fully cognizant of everything with photographic recall) have split into two factions: Believers (those who hold their immortality as a gift for the betterment of mankind) and Nihilists (those who’ve grown to consider that gift a curse they desperately wish to end). While the latter can’t just go into the sun and fade into dust, however, Stein and Shorr decide to let them do the next best thing: create a bomb that will disintegrate all life on Earth.

It’s spoken with such earnestness by Dylan O’Brien during the prologue that you wonder if there’s going to be more to it as a serious struggle. There isn’t. Throwing us into the final chapter with nothing besides exposition-heavy dialogue and supporting characters more or less created to die just ends up revealing the cracks that prove this is all as self-seriously petty as it sounds. That’s what happens when you shove a millennia’s worth of backstory into a 100-minute film more interested in explosions than three-dimensional context. It’s why the Assassin’s Creed and Dark Tower movies failed to capture the depth of their source material and why it’s impossible to pretend Evan Michaels’ (Wahlberg) awakening is anything more than a convenient deus ex machina built-in from the start.

For his part, Wahlberg is pretty good. He’s a middle-aged guy struggling to stay on his feet, a schizophrenia diagnosis and anger issues making him virtually unemployable. His justified jaded cynicism, coupled with the ability to remember past lives’ talents (he’s an expert samurai sword blacksmith via muscle memory), allows the actor to be snarky and sarcastic—what he’s best at. Juxtaposing that entertainment value with his own serious narration can be frustrating, but you get used to it upon realizing the contrast is less bug than feature of the whole. Director Antoine Fuqua and company want the best of both tonal worlds here and end up sacrificing their individual success as a result. Infinite is not as smart as it thinks and never as fun as it deserves.

Not that the likes of Chiwetel Ejiofor and Jason Mantzoukas aren’t doing their best for the latter. Ejiofor’s Bathurst is the big bad trying to bring about the apocalypse because of how crowded his head is by the voices of his past—there’s potential for some real commentary on mental illness here, his acting talents providing that pain so much more authentically than the script demands—and Mantzoukas’ Artisan is a somewhat neutral party hedonist who skews “good” because a world of pleasure is better than no world at all. They add depth and comic relief, respectively, to a thin plot hinging on Wahlberg’s Evan resetting his brain to remember who he was and where he hid the weapon during his last cycle. They save the whole.

Why? Because everything else is so severe. Sophie Cookson’s Nora is Evan’s guide and devoid of personality besides fatigue and grief. Kae Alexander and Jóhannes Haukur Jóhannesson aren’t much better, but at least their flare for hand-to-hand combat gives them something more than the self-pity that ultimately gets Evan to go all-in on faith, the overall theme driven home without a cursory nod to nuance. At least Bathurst has emotion and passion. He wants to do something even if it is homicidal. If we had more time with these characters via a miniseries, maybe we’d see the Believers’ quest for love and friendship that Toby Jones’ blink-and-you’ll-miss-him role tries to lend credence to before exiting stage left. Without that space it’s merely overwrought scene-dressing pushing things forward.

The funny thing is, though, that it does somehow work despite its flaws. Its A-to-B propulsion added onto Maikranz’s environmental framework might be basic and familiar, but it gets us to the end without too much manipulation. The characters are one-dimensional, but they stick to that dimension even if it means sacrificing themselves for the cause—easier to do when you know you’ll be reincarnated if Evan succeeds in stopping Bathurst’s plot. There’s a popcorn comfort in how it allows us to just enjoy the ride. Action is mostly exciting (with the odd moment of heavy CGI and rapid cuts) and the actors mostly endearing when not stoically somber. All things considered, Infinite is the perfect content for Paramount+: big-budget theatrics and low-stakes drama.

Infinite is now streaming on Paramount+.