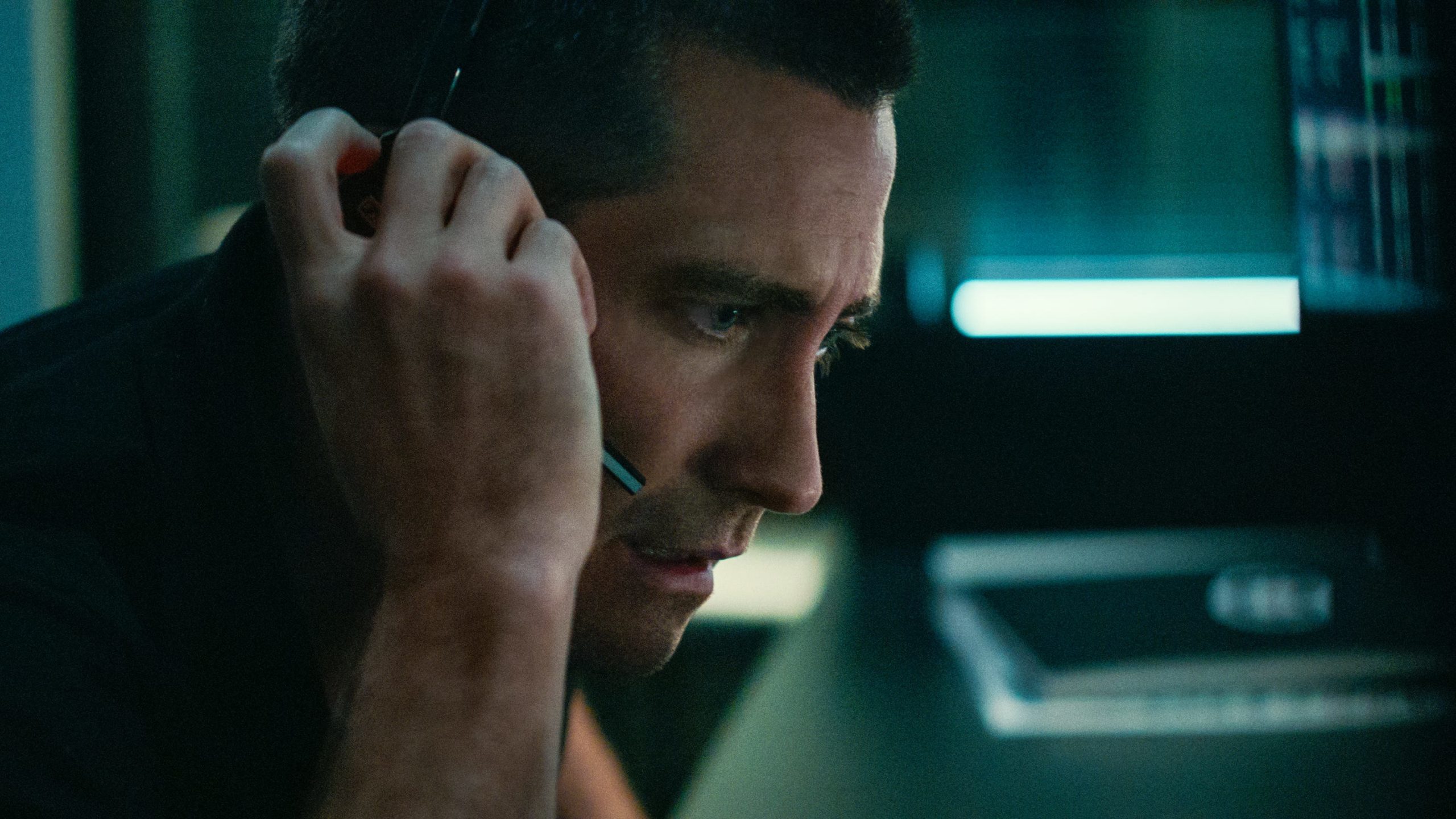 Only three years ago, Danish director Gustav Möller made The Guilty, a single-room thriller focused on an operator attempting to save a kidnapped woman. Met with acclaim and making the Best International Feature Oscar shortlist, the film could easily be called a rousing success. It makes sense why Antoine Fuqua would be keen to direct a remake considering his interest in crime-related dramas, though he decided to change little within the plot. Penned by Nic Pizzolatto, the film works because the plot still remains interesting even a few years later, even if the messaging gets muddled due to a lack of clarity.

Simply put, the message could be, “Cops can’t save us.” Or, as a fellow officer tells problematic Joe Baylor (Jake Gyllenhaal) after all is said and done, “Broken people save broken people.” Neither telling the full story nor having the impact Fuqua might have hoped for, instead the narrative becomes full of forced meanings without the setup needed for any amount of emotional payoff. In its bones, though, The Guilty is a thriller and a tight one at that. Compact in its runtime and setting, the film succeeds when Gyllenhaal puts forth restraint mixed with outbursts of rawness, another demon-infested character for the character actor to sink his teeth into.

And when you look at Gyllenhaal’s most affecting roles, they’re often in films solely about his psyche and his actions––Nightcrawler and Enemy to name two. He’s a rare actor in his ability to command an often-dark, muted screen, shifting into roles of mania or control with ease, able to look deranged and common in the same scene. With Fuqua’s film, he can show the full range of emotion, because this role is about a man who’s hurting, like most other characters we hear calling Baylor at the dispatch center.

Fuqua employs top-tier actors for voice work as various players in this cat-and-mouse game, with Ethan Hawke as Sgt. Bill Miller, Peter Sarsgaard as Henry Fisher, and Riley Keough as Emily Lighton, the woman abducted by her ex-husband. With Gyllenhaal frantic as can be, someone is always there to calm him down, and it’s usually a familiar voice. When Keough’s voice can be heard, though, the film hums towards a fateful conclusion, which has to include death and grief in some way.

The twists about Lighton’s situation, and Baylor’s similarities, add to the drama, but they never reach the heights of the moments that Keough and Gyllenhaal spend talking to one another. Resting solely on Gyllenhaal’s face, shifting between the fires burning through this version of Los Angeles, these scenes cut early each time due to a disconnection, yet burst with intensity and focus, layered conversations that work as context and subtext. The middle hour of the film consists of the majority of these sequences, and once they’ve concluded, there’s a sense of cheapness to the emotion focused on Officer Baylor’s own issues. It’s unearned and unnecessary.

One still wants to see how this film ends, and that is its greatest power: a sense of breathlessness with its mounting thrills. Fuqua gets one’s heart pumping and breath is just a little shallower. Moments of rest rarely exist within The Guilty and therefore one’s attention cannot be diverted. Much of that is owed to Gyllenhaal’s performance, but Fuqua deserves credit for making another engaging drama.

Fuqua’s newest becomes most interesting in tandem with his Training Day, another film about crooked cops who one still hopes have some goodness inside of them. In the 20 years since his most critically-acclaimed film, Fuqua’s skepticism––and his fascination––of the American police force hasn’t altered. Maybe he now believes these characters can change, that there’s hope for us yet. In the case of The Guilty, according to Fuqua, we first need to own up to our mistakes. But this film isn’t too focused on those loftier themes about the current state of policing, violence, or the marriage of the two––for better or worse, succeeding as a tension-laced thriller rather than a political proclamation.

The Guilty screened at the Toronto International Film Festival and arrives on Netflix on October 1.