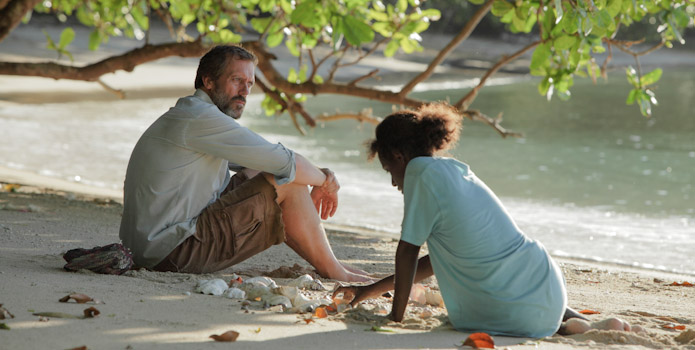 After making his directorial debut with Shrek, Andrew Adamson comfortably shifted to live-action with The Chronicles of Narnia and now after stepping away from both franchises, he has jumped to heavier dramatic territory with Mr. Pip. Led by House star Hugh Laurie, the film premiered on the fall festival circuit and now the first trailer has landed today.

Starring alongside newcomer Xzannjah Matsi the film takes place during the Papa New Guinean civil war, Laurie is a schoolteacher who bonds with young girl over their shared love for Charles Dickens‘ Great Expectations, as hinted at in the title. While there didn’t seem to be much buzz during its premiere last year, the film is set for an international bow this fall and one can see the trailer below.

What do you think of the trailer for Mr. Pip?