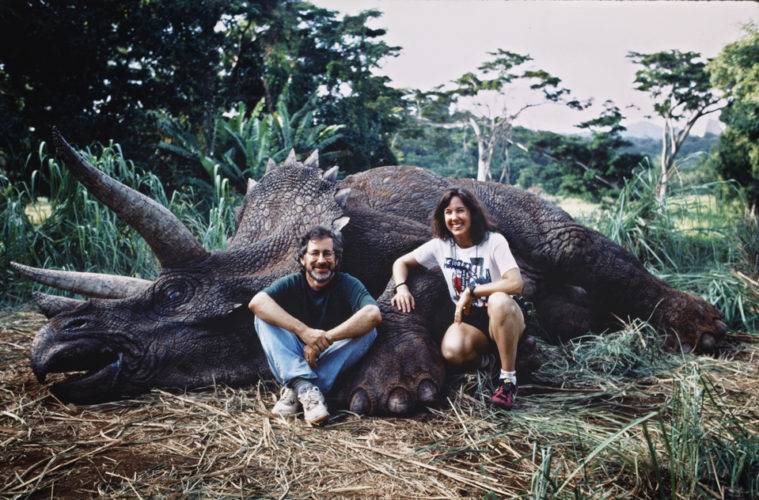 How ‘Jurassic Park’ Changed the Movies Released 21 years ago this week, the effects of Steven Spielberg‘s Jurassic Park are still being heavily felt today. On a creative side, its structure and approach is a benchmark for many blockbusters (and certainly a major one this summer), while its success brought forth a franchise whose latest iteration is currently underway as we speak. To celebrate its legacy, today we have a quartet of videos that look back at its production.

Most recently, The Academy released the latest in a series of videos on “Moments That Changed the Movies,” focusing specifically on Spielberg’s hit and its groundbreaking mix of practical and CGI effects. Featuring interviews with Phil Tippett, Kathleen Kennedy, and more they discuss how there’s actually only 15 minutes of dinosaurs on screen, with 9 minutes being practical, alongside a fascinating look at some of the visual effects tests.

For those that want to dive deeper, we have two extensive documentaries that were created around the time of the film’s release. First, John Schultz‘s 50-minute The Making of Jurassic Park looks at exactly that, thanks to narration by James Earl Jones. With interviews with nearly everyone involved, it dives into virtually every aspect of production, all the way from development to the finished product.

Following that, there’s The Real Jurassic Park: A Scientific Blueprint for Building the Ultimate “Time Machine” which was only ever released on VHS, and takes more scientific approach. Narrated by Jeff Goldblum, paleontologists Jack Horner and Robert T. Bakker, both of whom worked on the film, are interviewed about the scientific possibilities brought forth in Spielberg’s feature. Lastly, there’s a batch of B-roll footage from the set, so check out everything below to see just how Jurassic Park changed course of blockbuster filmmaking.

What was your first experience of seeing Jurassic Park? What do you think about its legacy?