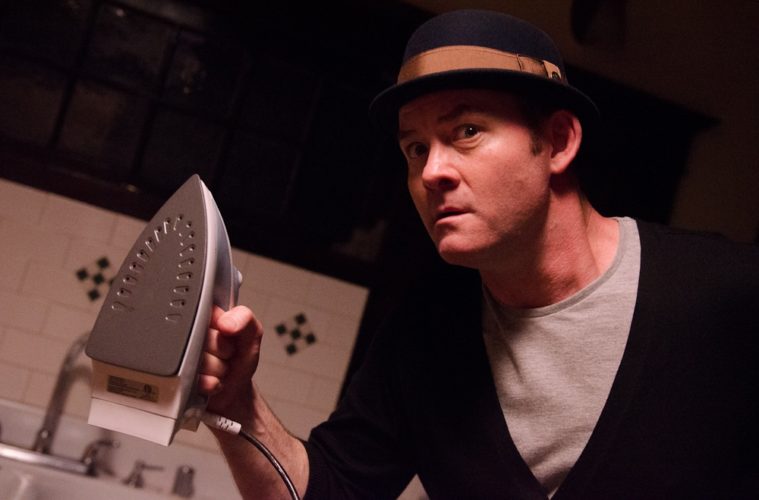 How First-Time Directors Should Prepare For Their Debut, According to ‘Cheap Thrills’ Helmer E.L. Katz Cheap Thrills is a cascading experience that doesn’t relent, a thriller that is perfectly paced by not caring that it barely breaks 80 minutes in length. With an impeccable cast and dares that elevate at a believable rate, this dark thriller is one to watch out for on VOD now and in theaters this Friday. During Fantastic Fest last year I had the opportunity to sit down with writer/director E.L. Katz and talk about having the film at Fantastic Fest and why it’s heaven, getting picked up at SXSW by Tim League, casting the film against type, why you should fight for more money, how first-time directors should prepare for their debut, and much more. Continue reading for the full conversation and stay tuned for my chat with stars Pat Healy and Ethan Embry.

The Film Stage: What did you hear about Fantastic Fest before all the craziness that happened at your screening last night?

E.L. Katz: Well, it’s funny. My first experience with Fantastic Fest was with A Horrible Way To Die. I had an associate producer credit on the film, which doesn’t really mean anything. I was a friend. So I came here and I knew them but I didn’t know too many other people. Which was interesting because I was able to just watch the movies and be a fly on the wall. It’s cool to know more people now, for sure, but it is really nice to disappear and watch movie after movie after movie. Eat the great Tex-Mex food. To me, being able to watch a bunch of genre films and eat huevos rancheros everyday is heaven. So it was amazing. I had driven through Austin when I was younger with my dad during a cross country roadtrip.

But this was the first time I was over 21, at a film festival with all kinds of movies that I love, really good food. It was exciting. I had been to Fantasia which is definitely similar but this was different. I was a little bit older, too. It was an amazing experience. I think it was also when I realized, hey, my buddies are making these really tiny movies that are super cool and they’re playing to audiences that get it. I just wanted to do something. I had been writing. I had been doing mainstream Hollywood genre assignments but I wanted to do something that I could play at Fantastic Fest. That kind of followed me for a couple of years until I got the opportunity. It’s definitely a different experience now. But I’m still hiding in a movie theater whenever I can. My wife, she’s working here in sales, but it’s the same thing and it’s different. It’s a different location, but it’s still about the movies and the people. It’s a very idealistic film situation.

I know the film got picked up at SXSW. I saw Tim League’s tweets about the conversation he had over text. How involved were you and how psyched were you that the guy that started the Drafthouse and Fantastic Fest, was interested in your film?

It made me really happy. I really respect him and just my first exposure to him was fighting Michelle Rodriguez in a ring. So it was really exciting for me to have gone from working on this really small movie to having people that I respect talk about it. Him and Keith Calder, who is a fantastic producer. The Drafthouse is such a cool place. What they did yesterday for this crazy screening, that wouldn’t have happened anywhere else. It was overwhelming to me. You don’t even know. “Huh!?” I was taken by surprise. But I was really happy. I can’t think of a better place for it.

One thing I was curious about is how you manage to get Sara Paxton to turn off during the film. Was that a goal? Was that in the script or was that developed on set?

Yeah, a lot of that is in the script and a lot of that is Sara just being able to bring it by bringing a void. It’s hard. We would have a lot of actresses come in and play her role. We would give her her one monologue on the couch. I think there’s a lot of cliche pretty girl acting out there. They either vamp it up and make it too over the top or too seductive. Sara, I always felt like she could do so much with her eyes. She’s not doing a lot but there is something going on. There’s a curiosity. So there’s no emotion. There’s this distant, vacant quality but there’s also slight interest here and there that you see glimmers of. As the film goes on and it gets more intense, you almost see her face light up. I think it’s just a mixture of what’s on the page and what she brings.

You mentioned earlier that you’re coming from writing on these big Hollywood films, and I couldn’t help but notice that David Koechner’s character seems to mirror your own kind of breakout in a way. He’s always been kind of cast as this big, goofy guy. But literally, he is a big guy and he can be intimidating, as this film shows. So he gets to show off a new side of himself. For you, was that also a bit of self release in how his character gets to go against the grain and just show what he has?

Yeah, I think there’s definitely something related there. I’ve partied with people that are a little bit older than maybe they should be. There’s just something to being older. If you had had someone that was like a young Christian Bale type character, you would kind of see where the movie is going. So if it’s a smooth, but older guy, a little funny. You just don’t know. Maybe this could turn out fun? You aren’t thinking about how weird it is at first. To have a bit of likable menace to me is always interesting. Just to play with tone as well. I watch a lot of horror films and having something that is goofy and creepy at the same time is weird and rare. I don’t see that tone much at all. David was able to do that. He’s able to do it with his face and he’s able to be funny as hell. But he’s also intimidating because he’s a big guy. He’s more like a 70s character actor. I could see him as a Walter Matthau or something back in the day, doing like Charley Varrick. He really brought it all. I can’t see the movie without them all. It wouldn’t work. I can’t see anyone playing any of these roles besides them, which is also scary because you know it can happen. You’ve been behind the scenes of film for a while so I want to know how aware you were of the four main actors you cast in this film. Did you know of their work already?

Super familiar. I had been seeing Pat Healy in stuff like my friend Ti West’s movie, The Innkeepers. Craig Zobel’s film, Compliance. Great World of Sound. I think that was the first one where I really caught him, though. I had seen him in little stuff like Ghost World where he makes Thora Birch cry and in Magnolia, where he makes Julianne Moore cry.

He makes a lot of people cry.

Yeah! Ha. He just was super solid and was able to do a lot without having a big role. So it was interesting to see him go through a whole movie. David Koechner, obviously I had loved him in all the Will Ferrell films. I love big comedies as well. So it wasn’t just, “I’m too smart for this film. I’m subverting him.” No, I like him and I think he’s capable. Ethan Embry, I had been watching his stuff for a long time. Sara, I was familiar with. Innkeepers, obviously, and Last House on the Left. I think she’s just great but I also liked her look. I think it’s super distinct and she hasn’t had a chance to do as much fun stuff as she could. I think there’s some good roles for her in the future. She’s able to bring a different side. A lot of these guys are bringing a different side. So I hope they all benefit from it.

I think they definitely will. As a first time filmmaker, how many lessons will you take from this experience? Is it radically different with one under your belt?

Well, first, never shoot for just 14 days. Make sure people budget more for needle drop. Make sure you budget more for audio postproduction. Even if you don’t have the money, you have to fight for what you need. I think it’s just an endurance thing, too. I think I’ll probably not drink at all. [Laughs]. Especially when I wrap. I think a part of me was just like, “Oh, God, I need to decompress!” But it’s like a military operation. You need to be really on point. It’s very easy to get tired so I think approaching it like a race or endurance test is best. I think I was a little too… I don’t want to say cocky, but I definitely felt like it wasn’t going to be that hard on me. And it ended up beating the shit out of me.