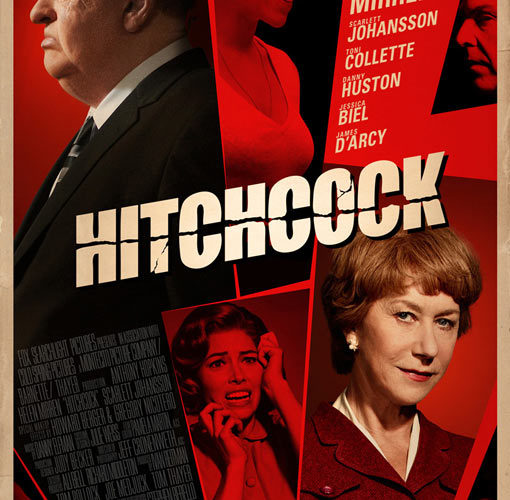 This week sees the release of two films about filmmaking with Argo and Seven Psychopaths, but next month will dive even deeper as Fox Searchlight releases Hitchcock, a drama exploring the making of the classic Psycho. A trailer is set to arrive tomorrow, but now EW has given us our first theatrical poster, following a teaser one. This one cribs a bit from the original poster (included below as well), mostly in font but also a bit in design.

While featuring Anthony Hopkins as Alfred Hitchcock in Sacha Gervasi’s upcoming film, there’s also Scarlett Johansson as Janet Leigh, Jessica Biel portraying Vera Miles, Helen Mirren as his our main character’s wife Alma Reville and even James D’Arcy, as wel las our first looks at Toni Collette and Danny Huston. Check it out below, along with some new photos, for the film that will have a premiere early next month at AFI Fest.