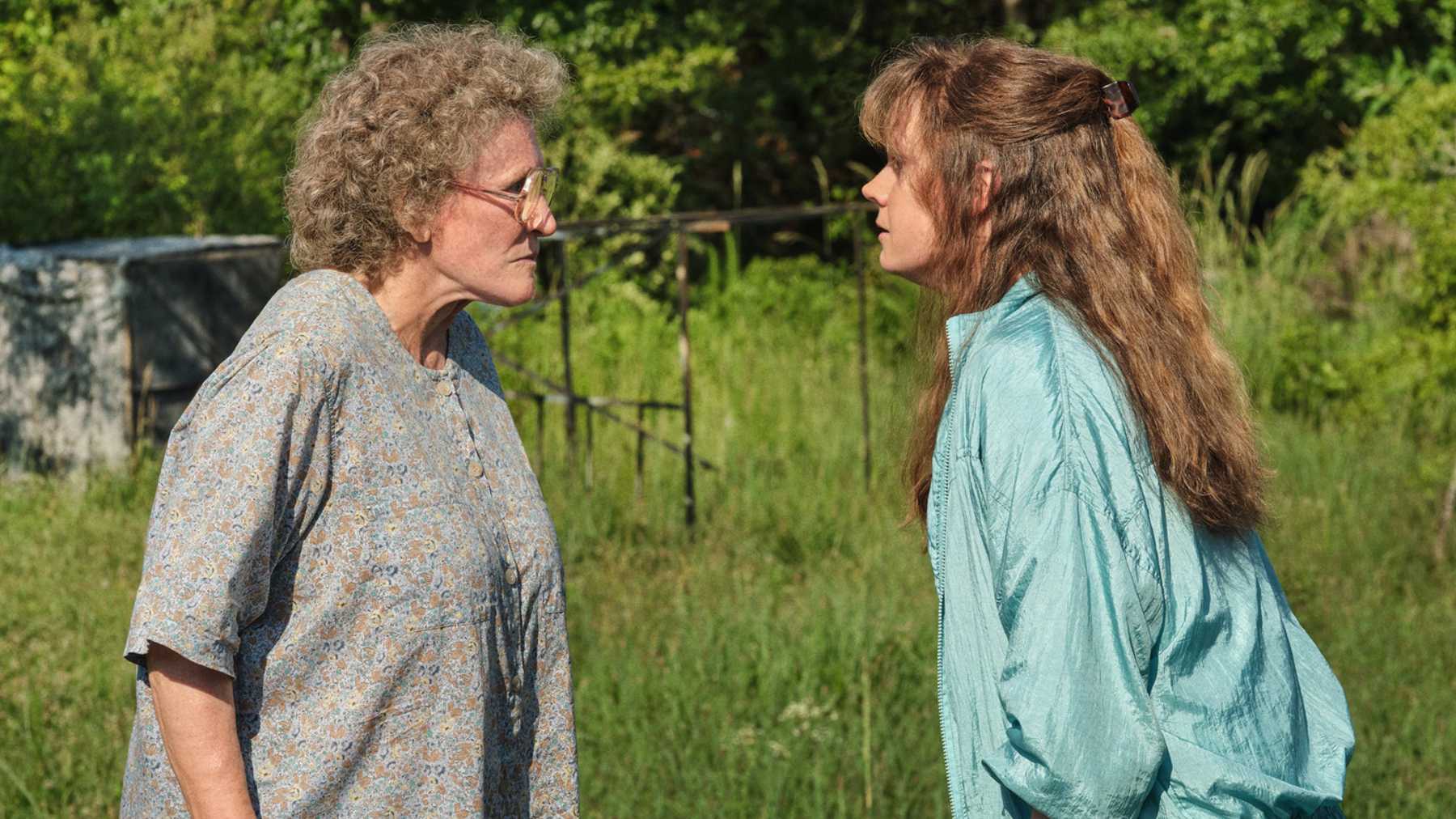 Falling squarely into the melodramatic Oscar-bait category that director Ron Howard revisits every now and again (A Beautiful Mind, Cinderella Man, Frost/Nixon, etc), Hillbilly Elegy, adapted from the bestselling novel by conservative writer J.D. Vance, is a shockingly amateurish adaptation. Despite a heavy-hitter cast (Amy Adams, Glenn Close, Haley Bennett) and Oscar winning screenwriter (The Shape of Water‘s Vanessa Taylor), Elegy dials up the theatrics, asking its players to cry, scream, and punch on cue, offering little besides decontextualized scenes that might be at home on an acting reel, but never add up to a coherent narrative.

Unfurling in two timelines, the main narrative follows a law-school-aged J.D. (Gabriel Basso; fine, somewhat bland) attemping to juggle rounds of interviews in hope of landing a prestigious summer internship, with the help of his girlfriend Usha (Freida Pinto, wasted in a thankless part). Interrupting Vance’s social climb, his mother Bev (Adams) has relapsed again, with his sister Lindsay (Bennett) unable to continue to take care of her. While traveling to Ohio to get Bev back in rehab, the film continually flashes back to J.D.’s childhood (where he’s played by Owen Asztalos), as his mother struggles with addiction and his “Mawmaw” (Close) ends up taking care of him.

These flashbacks jump around in time, free-associating the present with some scene—almost always involving screaming and fighting—in the past, creating a disjointed narrative. Taylor’s screenplay is less interested in creating a narrative progression, where we could perhaps see Bev fall into addiction, than highlighting the worst-hits of Vance’s childhood. While the present-day sections are a bit more linear, they are nonetheless histrionic.

Trading Vance’s contentious socio-political arguments about the forgotten white, poor working class that resides in the Bible Belt—invoked ad nauseam when it was published in 2016 to explain the rise of Trump—Taylor and Howard sanitize their adaptation. Whatever political viewpoint the real Vance has (one only need look at his Twitter to get the alarming gist), Elegy wishes away this political discourse, neutering Vance’s POV in the process. It’s a strange thematic choice to take what made Elegy such a bestselling novel and completely ignore it. Bev’s addiction is treated almost as an anomaly by Howard, instead of connecting her plight with the larger opioid epidemic.

Despite accusations of hack-work often leveled against Howard, he can be a commanding visual director with the right material—see Rush and, to a lesser extent, In the Heart of the Sea—but Elegy trades naturalistic scene-setting for maudlin sentimentality. Despite the buckets of tears, blood, and emotions, it’s a completely bland film, both emotionally and visually. Every scene is stagey and oddly compartmentalized from the other. Working with renowned cinematographer Maryse Alberti, Elegy initially teases visual lyricism in its first few minutes before settling into the rhythms of a TV movie. Same goes for Hans Zimmer and David Fleming’s obtrusive, nevertheless forgettable, score.

If Close gives a mildly restrained performance, and she really is the best thing in the film, Adams shockingly miscalculates, playing every scene up to 11. This is capital-A acting and will perhaps go down as one of her worst performances, of which there aren’t many. Bennet, so wonderful in Swallow, follows Close in giving a lived-in performance, yet her character is underutilized and underdeveloped. We know nothing about her at the end. Basso and his younger counterpart Asztalos, who both end up as the de-facto protagonists, are serviceable but often reduced to spectators as Adams attempts to portray every emotion on the spectrum all at once. By the end of the film, we know almost nothing about Bev besides her struggle with addiction. And despite Vance’s obvious class mobility, his movement from poor working-class to Yale is never addressed, leaving large gaps in these characters’ lives. In the end, Hillbilly Elegy is shameless Oscar bait only redeemed by Close and Bennett’s restrained work.