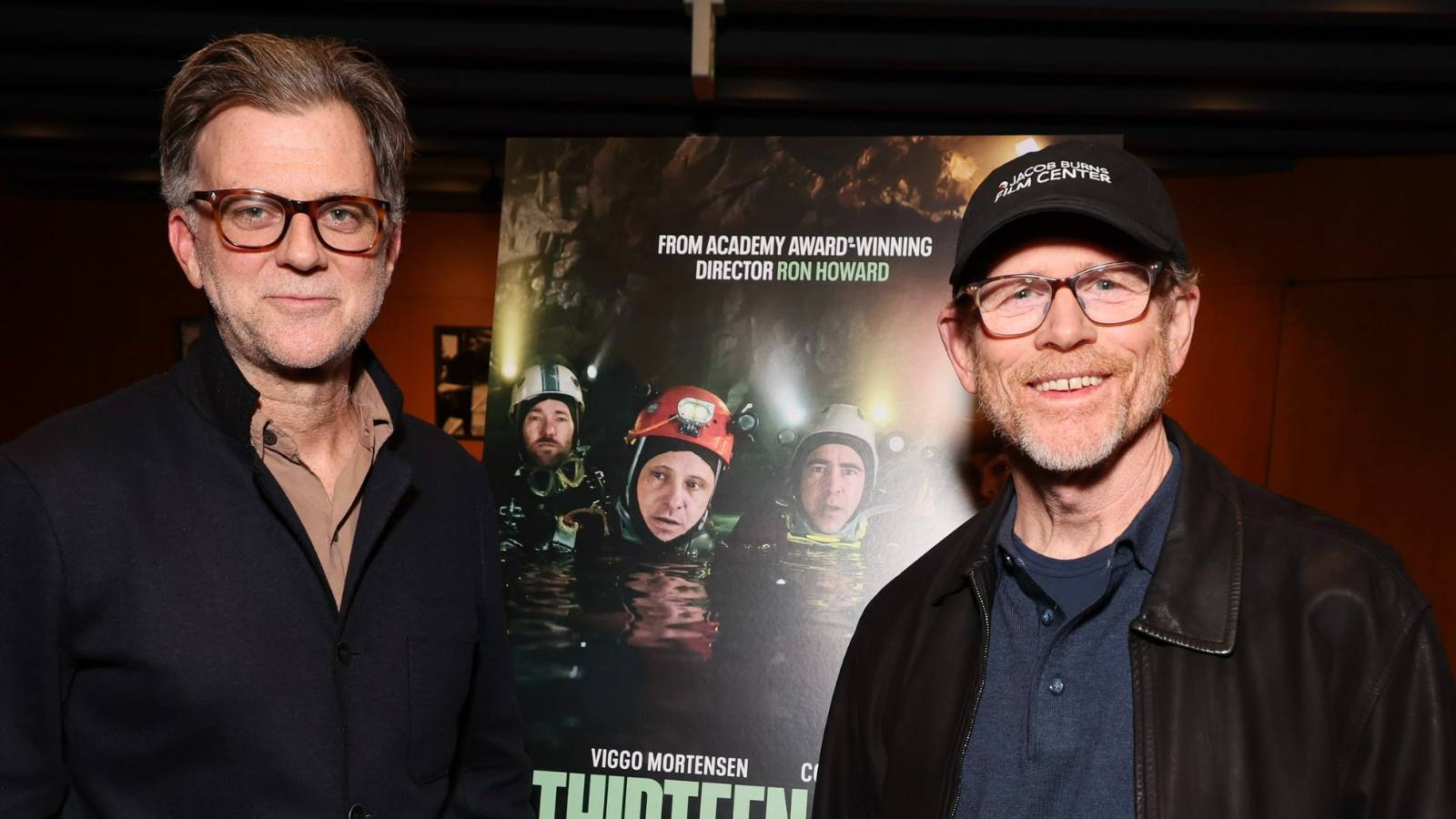 Arriving in the middle of a busy summer slate and on the heels of an extensive documentary that covered the story, Ron Howard’s narrative depiction of the Tham Luang cave rescue Thirteen Lives didn’t get its proper due upon release. With a nimble, workmanlike precision and intense, grounded practicality in retelling the inspiring story––all beautifully shot by Apichatpong Weerasethakul collaborator Sayombhu Mukdeeprom––it filled the void in a year absent of a Clint Eastwood drama. Now, one of the world’s greatest directors has also emerged as a major fan.

In a recent awards-season conversation with Howard, moderator Paul Thomas Anderson––sporting a look that seems heavily inspired by none other than Reynolds Woodcock––unveiled Thirteen Lives is “absolutely [his] favorite film of the year.” Further praising the film, the Licorice Pizza director said, “You’ve had a remarkable career but to get this point and just suddenly swing and make this remarkable film, it’s kind of great.” Howard also revealed Christopher Nolan had the audio/video tech at LA’s DGA theater recently upgraded, which caused PTA to make a humorous dig regarding how much better the experience was than viewing it on Amazon Prime. “It’s really such an incredible film. To see it like this is a treat,” PTA added.

In one of the best parts of the conversation, Howard talks about putting his ensemble together, including Colin Farrell making the impromptu decision to run a marathon in preparation for the role. PTA went on to say, “Farrell is the gift that keeps on gifting. This is the one that would never get noticed in a way but you just watch it and it’s so human and effortless––all these tiny little details he does. He just has no vanity. He’s free of himself.”

Listen to the high-quality audio of the conversation or watch a crowd-shot version below. As for PTA, he’s planning to begin production on his new film this year and you can hear his recent conversation with Steven Spielberg on The Fabelmans