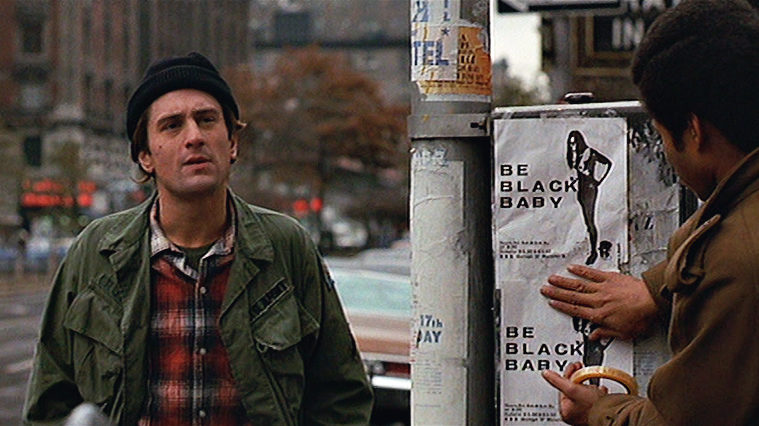 It’s difficult to talk about Brian De Palma without talking about other filmmakers. We talk about Godard, who clearly impacted De Palma’s early politicization and constant interrogation of what it means to watch. We talk about Antonioni and Eisenstein, among the most notable filmmakers that De Palma has quoted whose surnames don’t begin with “H.” We talk about Lucas, Spielberg, Coppola, and Scorsese, the bearded “Movie Brats” whose elusive club De Palma claims membership to. Most of all, we talk about Hitchcock.

Brian De Palma is almost always discussed in terms of Hitchcock. His detractors frame him as a parasitic freeloader sucking away at the master’s suspense-filled tits. De Palma’s movies owe an obvious debt to the so-called Master of Suspense, but it’s a crippling and constricting narrative to apply to his entire body of work, and one that complicates readings of his early output. Though De Palma is treated like Hitchcock’s inheritor, it is not movies that gave birth to De Palma, but a place and specific political context: Vietnam.

The Vietnam-ness of De Palma is most evident in his early work, where he leaned much more toward screwball comedy than suspense. Of his pictures from this period, Hi, Mom! is perhaps the most noteworthy, a stinging satire presented as the lovechild of Laverne and Shirley and La Chinoise. It contains perhaps the most eye-opening sequence in a career filled with eye-opening sequences: “Be Black, Baby,” a play put on by an experimental theater troupe aiming to give white audiences a forcible taste of the African-American experience.

Hitchcock’s shadow might seem absent from a satire such as Hi, Mom!, minus the peeping-tom antics of Jon Rubin (Robert De Niro), returning as the main protagonist in this half-sequel to 1968’s Greetings, which recall Rear Window. But Hi, Mom! does play with one of Hitchcock’s regular fascinations: the individual split in two and turned against itself, a concept De Palma would drill into deeper with the likes of Body Double and Dressed to Kill. Unlike other De Palma (or Hitchcock) protagonists, who might be “doubled” by their unconscious self, Rubin is tripled: there is the pornographer, the experimental theater troupe member, and the clueless urban guerilla.

As a returned veteran of the Vietnam War, Rubin has transitioned from an active participant in a tangible conflict to a passive one flailing inside a structure that hasn’t figured out what to do with him. His status as “Veteran” is discussed in panels, confronted by protestors, and argued about by politicians, and he is not recognized as an actual person. The politicization of his personhood, due to his participation in the war, removes his identity beyond that war. Rubin, as is often mentioned in analyses of Hi, Mom!, also provides a double to another one of the young Robert De Niro’s roles: Taxi Driver‘s Travis Bickle, whose post-war status leaves him similarly displaced.

Each of Rubin’s three selves represent a step forward in terms of his societal participation; at first he is only a watcher, then an actor and role-player, and, finally — through guerilla warfare — an active participant. But Hi, Mom! seems to say that this progression is devolution rather than evolution. Unlike Bickle, Rubin does not intend to “save” anyone with his act of violence; it is mere provocation, and thus rendered intangible through Rubin’s own phony idealism. The third act, which concludes with a bombing, opens as Jon trades his camera for a television. The revolution has become a peep show.

Regardless of what filmmakers (or internal impulses) he draws from, what unites De Palma’s work is his preoccupation with voyeurism. We are never far from being reminded that we are watching what we are watching, and, in De Palma’s case, what we are generally watching is one person watch someone else. Hi, Mom! opens with Rubin’s dalliances with pornography and peeping to ground the film’s own interest in voyeurism, which then reminds us of the voyeuristic act we ourselves are engaged in. This allows watching — both Rubin’s and our own — to become a metaphor.

In the case of Hi, Mom!, that metaphor is white neoliberalism, which positions itself as outside the “other” it claims to support and accept. When confronted with “Be Black, Baby” — with being rather than watching, and with experiencing rather than standing on the outside — the white neoliberals who make up the play’s audience react with anger and aggression, only to rationalize and theorize what has just happened to them once it is over. It then becomes a symbol of their own wokeness, something to recommend to their presumably white friends who also “feel” for the struggle of black Americans. Through this distancing of the white, woke self from blackness, neoliberalism is revealed as mere voyeurism. Neoliberalism does not seek to aid or create equality; it only wants to watch. The punch line of “Be Black, Baby” is that the inherent voyeurism of white liberal thought can transform even the most brutal and confrontational of experiences into pity porn.

De Palma renders this political message aesthetic, as he always does. The “Be Black, Baby” segment is filmed in grainy, high-contrast black-and-white, a brutal shift from the sitcom stylings and Keystone Cops speed that air-quote Rubin’s narrative. In some sense, the documentary aesthetic that frames “Be Black, Baby” makes it more “realistic,” but our screen during this segment is shaped like a TV, a Brechtian device that yet again reminds us of our own peeping on levels both cinematic and politic.

So, yes: Hi, Mom! does recall Godard and even Hitchcock, but the film itself is distinctly New York circa 1970, and therefore distinctly De Palma. Its tonal and stylistic shifts are the product of a society that was itself shifting, stranded somewhere between old structures and new movements, struggling to find a place for those whose eyes had been burned by war. The things young men had seen and done in Vietnam and the captured images of these things, which American viewers saw on TV, helped break a nation already crumbling underneath the weight of its own sins. The Vietnam War may have been the first voyeuristic war, one between a nation of peeping toms creeping into a place where they weren’t wanted, watching a conflict that wasn’t meant for them, broadcast in ways that didn’t exist before. Vietnam, not Hitchcock, is what gave birth to Brian De Palma. A war caused by and fought with our eyes required a filmmaker who knew he had to remind us how to use them.