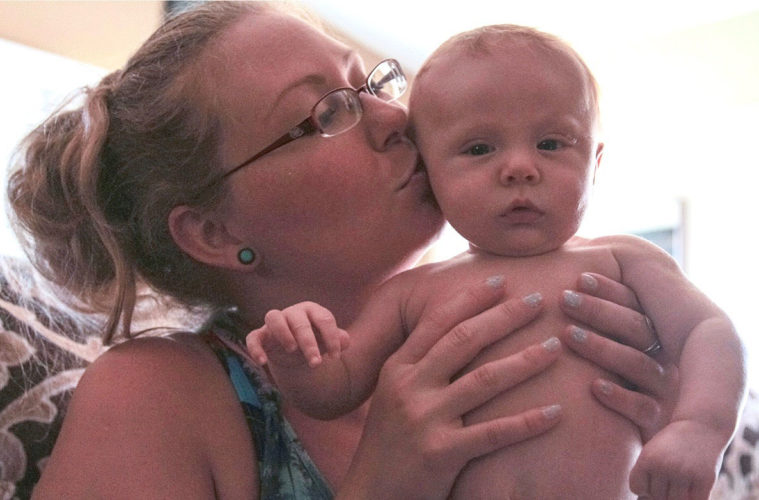 DOC NYC Review: ‘Personhood’ is an Essential Look at a Horrific Legal Saga

Highlighting the consequences of personhood laws, which essentially prioritize the rights of an unborn fetus over those of the woman carrying the child, Jo Ardinger’s Personhood presents the horrifying consequences of Wisconsin’s Unborn Child Protection act. The law, inspired by fear-grabbing headlines, was intended to protect an unborn fetus from a reckless mother; the implementation of the law, however, puts those mothers who are honest about past health issues in danger of becoming wards of the state. Caught in the mix is Tammy Loertscher, who turns to street drugs to self medicate after being kicked off of her health insurance. When she learns she’s pregnant she makes the critical mistake of confiding in a doctor about her past bouts with depression and drug use. She’s almost immediately ushered into a court proceeding  that requires her to admit herself into rehab, and when she refuses to comply she’s sent to prison without prenatal care and branded a child abuser. Ironically,  the custody offers that abused her behind bars and therefore her unborn fetus aren’t branded with the same distinction that would restrict them from certain areas of employment. Personhood bounces between the Loertscher’s horrific legal saga, which captures the attention of the United Nations and national impact of personhood laws as a workaround for restricting abortion and the rights of the mother. It’s, of course, the same lawmakers pushing forward these amendments that pride themselves in small government, freedom of choice, and the repeal of access to affordable health care.

In Colorado, the personhood argument is shepherded by a woman who faced an unimaginable tragedy;  she lost her unborn child in a drunk driving accident and the driver faced only limited accountability rather than a charge for vehicular homicide. This galvanizes a whole movement, including Keith Mason’s Personhood, and its opponents, including Chistina Aguilar of the Colorado Organization for Latina Opportunities and Reproductive Rights, who defeat the amendment through community conversation. While other documentary work focuses on trap laws (like Maisie Crow’s Jackson and Dawn Proter’s Trapped), Personhood explores a series of laws that criminalize woman’s bodies, like Marshae Jones, a shooting victim charged with the manslaughter of her fetus. Director Jo Ardinger provides a comprehensive look at a complex issue with consequences far beyond the horrific legal saga of Loertscher. The film is full of insightful interviews with proponents of the amendments, including Gualberto Garcia-Jones, the architect of personhood laws as well as issues that highlight the science (with Arthur Caplan of New York University), advocacy, and various strategies employed at multiple levels.

Personhood is an essential documentary that provides a clear warning, framed with Tammy Loertscher’s saga, which ultimately required moving away from Wisconsin and to get a little relief from the state’s courts. This is what happens when laws are written and implemented based upon emotional gut reactions and not science.