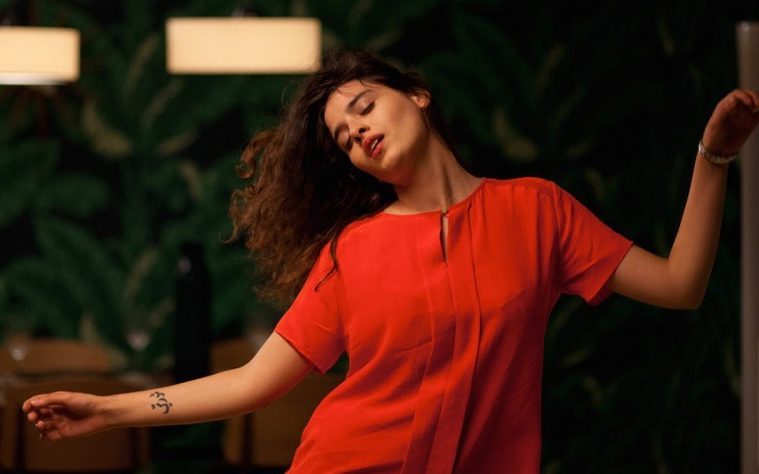 2017 was a year where I was constantly thinking about time. Whether it was spending months wondering whether I’d die in my sleep from a random nuclear explosion or hours trying to pick something on a streaming service, time had never felt so long or so pointless. Everything existed in the present, was bold and urgent, and the past or future often seemed totally irrelevant. And just as often, every day felt like it meant nothing–an eternal parentheses of a year.

That may just be a more involved way to say that–like so many other people–it was harder than ever to care about and watch things than ever before. But I think those circumstances also say something about the cinematic experiences that meant more to me this year. To be frank, I don’t think it was a particularly good year for movies, and I’m still not sure how much of that was me, and how much was the actual movies. I certainly watched less new releases than usual (close to 180 new releases in 2016 vs. around 120 in 2017), but that doesn’t change that this was the year where months went by where I was regularly disappointed by tentpole fare, auteur passion projects, and even anticipated debuts.

In those times, it was really helpful to have energizing (and occasionally agonizing) conversations with my fantastic co-hosts on The Film Stage Show, even as I found it difficult to articulate my thoughts beyond “It’s fine.” That apathy felt toxic, and as often as I found a new personal favorites on my own (You were all right about Barry Lyndon, that Stanley Kubrick is going places), I also found my greatest artistic pleasures of the year in other mediums (Wolfenstein: The New Colossus, American Vandal, and especially the form-breaking Twin Peaks: The Return all come to mind).

But that brings me back to time. And while I was disappointed by so many movies this year, and almost drifted away from one of my great loves, the things I was repeatedly drawn to were absolutely obsessed with the notion of time–in form, content, and its repercussions. From movies about penances for personal hells that seemed to last eternities to stories about revelatory summers over in a blink, these ten choices are all movies whose main appeal for me were about their manipulation, presentation, or subversion of the passage of time.

The mere idea of making top ten lists has become political in recent years, but I think they’re dumb fun and sometimes useful for bottling up the things that I’m passionate about in a given year (Plus, ranking on Letterboxd is a savior for my goldfish-level memory). As such, these definitely skew toward my favorites more than the best. Finally, there were a bunch of things that didn’t make this list, so special mention goes to The Florida Project, A Quiet Passion, Columbus, BPM, The Devil’s Candy, The Work, and Personal Shopper.

A filmmaker as concerned with narrative economy as intoxicating texture, S. Craig Zahler’s follow-up to his breakthrough Bone Tomahawk fully cements him as a genre film trickster with no compunctions about ripping apart audiences expectations like a wishbone. A fetid, vicious, often deeply unpleasant trip into the bowels of a labyrinthine prison, this is indeed the movie where Vince Vaughn acts out his favorite moment from Street Fighter 2 on an unlucky Mitsubishi–but it’s also one of the most surprisingly cathartic and lingering movies of the year. Led by a physically and emotionally brushing performance from Vaughn, who’s perhaps for the first time in his career taking advantage of his potential likeness to stereotypical skinheads, it becomes a joyful deconstruction of morality play expectations, B-movie gratuity, and just how many bones you can break in a single body.

The best love letter to cinema since at least Holy Motors, Bill Morrison’s haunted account of how over 500 silent film reels were unearthed from the Yukon ice begins as a transcendent showreel of silent film’s possibilities before transforming into an unimaginably tangled web of cinema’s history, as it relates to an unfairly forgotten city during The Gold Rush and beyond. Constructed as a collage of footage from the films and archival photography from the time period, Morrison continues to demonstrate a keen intuition for editing, flow, and equally great instincts for accompaniment. And Alex Somers’ score is its own processed, otherworldly marvel.

8. In This Corner of the World (Sunao Katabuchi)

Occupying a lyrical middle ground between social and magical realism, Sunao Katabuchi’s elegiac, decade-spanning anime epic In This Corner of The World meditates on life during World War 2-era Japan through the perspective of a young woman on the homefront. This is far from another misrerabilist time capsule though. Buoyed by a spectacular art style that blends together Chibi-influenced character design, muted watercolor backgrounds, and exhaustive digital details, it’s a hypnotizing film as concerned with finding ways to make a great meal out of daily rations as the endless bombing runs and the personal tolls of the war.

Of a piece with films like The Ornithologist and Nocturama this year, Alan Guiraudie’s audaciously strange Staying Vertical languishes in a kind of protracted limbo. The follow-up to Guiraudie’s Hitchcockian cruising drama Stranger By the Lake, Staying Vertical maintains that film’s longing while amplifying the sense of unknown to the point where distortions are so regular that they seem as if they’ve always been there. The story is simple as the main character lies in wait for a sign from the universe of what to do next. But the journey couldn’t be filled with more detours.

In a backwards way, Good Time is one of the most optimistic films of the year. Time and time again, Robert Pattinson’s politely monstrous character Connie takes advantage of those around him, even as they only offer him kindness. But there’s something so palpably sad about Connie and his brother, Nick’s (Benny Safdie) worldview. Connie believes that the only way to make it is to hurt others while Ray is so worried that other people are going to hurt him. Set against a backdrop of systemic and personal rot, the Safdies’ latest nocturnal travelogue is the lucid nightmare of a delusional, privileged sycophant. It’s a neon-streaked, race-conscious version of The Talented Mr. Ripley, but like the Safdies’ past films, it never stoops to fantasy or easy sentimentality. It’s a genre film that only slowly reveals how much it has to say about the state of the world.

For the majority of his career, Stephen Cone has made films about the intersection of identity and spirituality, but Princess Cyd is arguably the first wherein characters in crises of faith aren’t being threatened by their own community’s clashing values. It instead feels almost utopian — a forum for people to reckon with their own shifting beliefs and the ambiguity of the unknown. As represented by Jesse Pinnick and Rebecca Spence, respectively, the relationship between a niece and aunt becomes less about finding convergence than understanding the complexity of each other’s viewpoints. Faith and sexuality is less a matter of pat revelations than a greater holistic peace for these characters, and for the film as a whole.

Nocturama’s relationship to terrorism is simultaneously the most productive and reductive way to talk about it. Bertrand Bonello’s sinister portrait of millennial drift and impotence has so little interest in violence or trauma as it relates to national consequences or impact. Rather, it’s an elusive and gorgeously evocative view into a generation where every action feels revolutionary, and inaction is the status quo. And yet, somehow Bonello found a reiterative, apolitical approach to the material that feels wildly subversive and yes, ghoulish to some. Cloaking ideological and personal motives, a band of motivated, organized kids become something much more relatable: teenagers looking to rebel against a world they were born into without any control.

On a basic level, Paul Thomas Anderson makes films about magnetic presences — figures who emanate such greatness that it’s nearly as impossible for bystanders to be around them as it is to not be around them. Phantom Thread, Anderson’s ninth film, is of a piece with much of his career in that way, telling of a prodigal 1950s dressmaker, Reynolds Woodcock (Daniel Day-Lewis), who inspires equally rapturous reactions to his handiwork and his mercurial disposition. Just as The Master unmasked a serious-man character study as a psychological survey of bullshit artists and Inherent Vice played dress-up as a noir story to spin a tale of immovable sadness, so too does Phantom Thread present itself as a rigorous biopic-like narrative while its interests are far less fussy or predicable. This is less an examination of a singular person than a look at the torturous and sublime experience of his creative process as it relates to the most important people in his life. Read my full review here.

Frederick Wiseman’s latest masterful dissection Ex Libris couldn’t be more blunt in its intentions. Yet it repeatedly finds generous new ways to reaffirm its central thesis. Over a Wiseman-standard three-and-a-half hours, the genius octogenarian and a team of operators with exceptional instincts skim through a dizzying number of branches of the New York Public Library, touching on everything the system of libraries offer from expected civic resources (e.g. educational tools for unprivileged communities) to the wealth of authors, musicians, and artists who speak nearly daily at its nearly hundred parts. But true to Wiseman’s style, the genius is less in scope than a consistently rewarding patience. Sections are patience-testing — and become bizarrely funny when the camera moves to audience members falling asleep listening to the same speech — but they all accumulate into something larger than its parts. By the end, Ex Libris is less an argument for the library as a necessary public institution than an inherent reminder of its place as an essential hub for knowledge and human potential.

To say the least, Luca Guadagnino’s previous films have been messy. Narratively, A Bigger Splash was an ungainly marriage of elements and themes from well-worn auteurs like Michelangelo Antonioni and Roberto Rossellini. But texturally, A Bigger Splash and his debut I Am Love are pillowy daydreams, films so seductive they’re the equal of Circe’s island. Still, even with that past, it was hard to predict something with the emotional grandeur and intellectual ecstasy of Call Me By Your Name, a film so steeped in desire that every glance between a young teen and an older friend feels like a psychic communion. Scripted by the gold standard of period adapters, James Ivory, Call Me by Your Name at once feels classical in its rigorous knowledge about culture and uncompromisingly present. It’s a slipping, scarring look at growing up, early romances, and the promise of personhood.