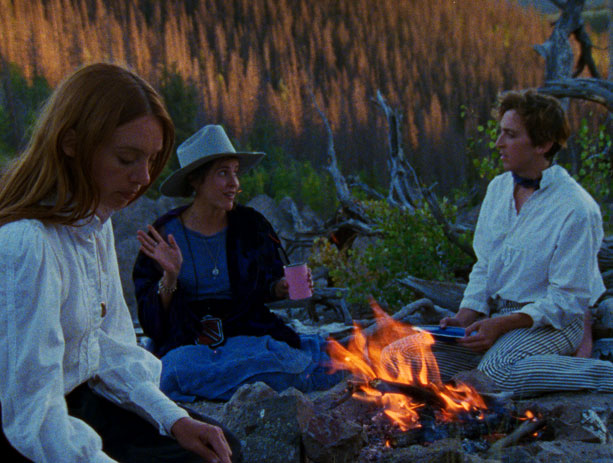 Kicking off last night with Sorry to Bother You, Brooklyn’s BAMcinemaFest brings the best in new American independent cinema to New York. Along with festival favorites like Madeline’s Madeline, Skate Kitchen, Minding the Gap, Leave No Trace, Support the Girls, and Relaxer, it is also home to a number of world premieres. One of our most-anticipated is Lev Kalman and Whitney Horn’s Two Plains & a Fancy, and today we’re pleased to premiere the first clip and poster.

Starring Benjamin Crotty, Laetitia Dosch, and Marianna McClellan, the western comedy marks a return for the filmmakers to the festival after L for Leisure back in 2014. Set in 1893 in the mountains of Colorado, the journey follows a trio of NYC’ers who are looking for relaxation as they encounter a number of peculiar characters. The first clip, which shows off Horn’s own beautiful 16mm cinematography, features a discovery followed by some fireside conversation.

Ahead of a world premiere on Thursday, June 28, see our clip and poster premiere below.