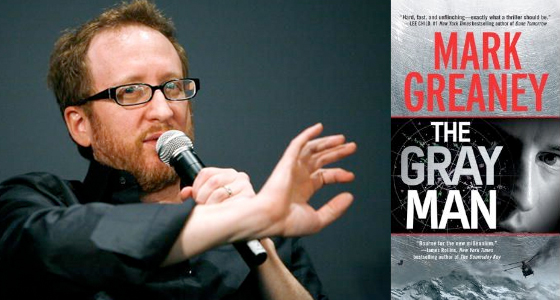 If you are familiar with director James Gray‘s We Own The Night, you may remember a car chase scene in which Joaquin Phoenix’s character watched an assassination. It was shot entirely in first-person perspective, through the eyes of our lead. The director then followed up with the excellent Two Lovers, plagued by Phoenix launching his I’m Still Here looney phase during the press tour. But, now he is back with two potential directing gigs. Deadline is reporting that James Gray is looking for his next film and will attempt the aforementioned first-person style for the entire thing. Check out the details below.

He will direct the assassination thriller The Gray Man. Based on Mark Greaney‘s novel, the script has been adapted by Adam Cozad, who wrote the next Jack Ryan film Moscow for director Jack Bender. See the synopsis for The Gray Man below:

Targeted by a powerful multinational corporation, a former CIA operative-turned ultimate assassin must fight his way across Europe and past special forces teams from around the world in order to save the life of his handler and the handler’s family.

He also talked about the first-person approach, relating to We Own The Night, as well as Paul Greengrass‘ Bourne films:

“Almost every shot was from Joaquin’s point of view, inside that car, and I want to make a whole movie with that POV. What he [Paul Greengrass] did was a documentary-style objective approach, and he owns that style. I want to do the opposite, which feels like a good way to sympathize with a professional hitman. You humanize him by never distancing yourself from his experience. This story has emotional stakes that enable me to do that.”

It sounds like a higher-budget Gaspar Noe approach a la Enter The Void and it would certainly be interesting to see an action movie handled like this. It may not be Gray’s next project though, as he “has smaller personal movie he’s writing.” Whichever comes together first, he will direct. Check out the car sequence from We Own The Night (via The Playlist) below.

What do you think about this style? Do you think Gray can pull it off?