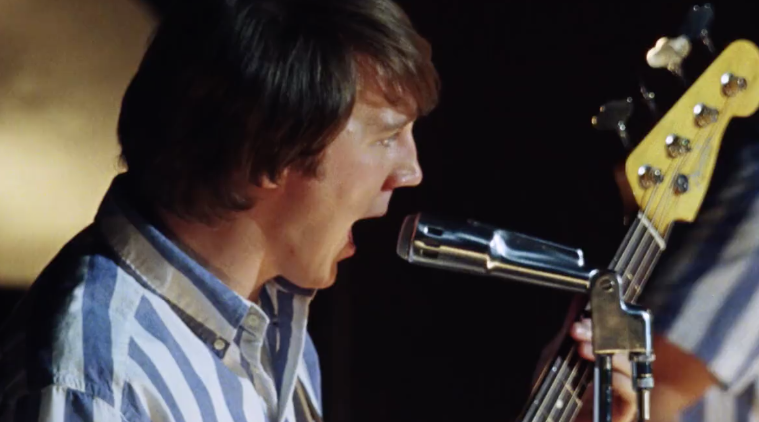 Arriving on Blu-ray this week is the accomplished Brian Wilson biopic Love & Mercy starring Paul Dano and John Cusack. We’ve teamed with Roadside Attractions to give away three (3) Blu-rays of the film. See how to enter below and all entries must be received by 11:59 PM EST on Sunday, September 20th.

What's your favorite music-related biopic?Let us know for a chance to win Love & Mercy on Blu-ray: http://bit.ly/1KgtP66

Posted by The Film Stage on Wednesday, September 16, 2015

The critically acclaimed musical biopic about the fascinating life of the Beach Boys co-founder Brian Wilson, Love & Mercy will be available on Digital HD August 25, On Demand September 11 and on Blu-ray™ (plus Digital HD) and DVD (plus Digital) September 15 from Lionsgate Home Entertainment. Golden Globe® nominee John Cusack (Best Actor, High Fidelity, 2001) stars in “one of the best performances of his career” (The Hollywood Reporter) alongside Paul Dano (Little Miss Sunshine, Looper) as troubled musical genius Brian Wilson at two pivotal stages of his life – the 1960s, at the peak of The Beach Boys’ fame and the 1980s, as Brian reclaims his life after a mental breakdown. They are joined by Elizabeth Banks (The Hunger Games franchise) as Wilson’s present-day wife Melinda, and two-time Golden Globe® winner Paul Giamatti (Best Actor, Barney’s Version, 2011; Best Actor, John Adams, 2009).

Love & Mercy is an unconventional portrait of Brian Wilson (portrayed by both John Cusack and Paul Dano), singer and songwriter for The Beach Boys. The film intimately examines the unique journey and ultimate salvation of this musical icon, whose success came at an extraordinary personal cost.

The “emotionally exhilarating” (Hitflix) film is listed on a number of critics “must see” lists, and has been nominated for several awards in 2015, including at the SXSW Film Festival, the Dallas International Film Festival and the Toronto International Film Festival. Directed by Academy Award®-nominated producer Bill Pohlad (Best Picture, The Tree of Life, 2011), Love & Mercy bonus material includes two behind-the-scenes featurettes (looking at the production and costume design and also how the personal history of The Beach Boys’ Brian Wilson inspired the film), deleted scenes and audio commentary with director/producer Bill Pohlad and executive producer/co-writer Oren Moverman