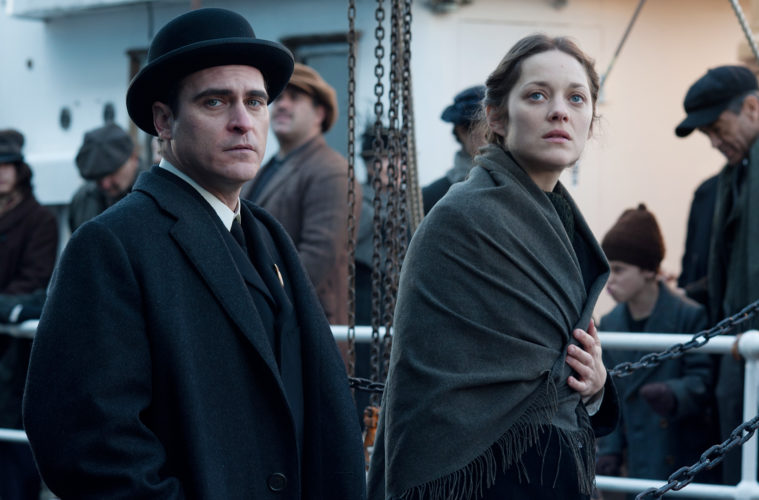 One of the best films of the last half-decade, James Gray‘s The Immigrant is finally available on Blu-ray. We’ve teamed with The Weinstein Company and Anchor Bay to give away three (3) Blu-rays of the period drama starring Joaquin Phoenix and Marion Cotillard, featuring commentary from Gray. See how to enter below and all entries must be received by 11:59 PM EST on Sunday, April 12th.

What's your favorite movie set in New York City?Let us know below for a chance to win The Immigrant on Blu-ray. Details here: http://bit.ly/1y5zXLU

We're giving away 'The Immigrant' on Blu-ray. Follow us & RT this to enter to win. Details: http://t.co/CZj1oSF5yp pic.twitter.com/TTUpvBEAK5

In James Gray’s (Two Lovers, We Own the Night) THE IMMIGRANT, Ewa Cybulska (Academy Award® winner Marion Cotillard) and her sister sail to New York from their native Poland in search of a new start and the American dream. When they reach Ellis Island, doctors discover that Magda (Angela Sarafyan) is ill, and the two women are separated. Ewa is released onto the mean streets of Manhattan and quickly falls prey to Bruno (Academy Award® nominee Joaquin Phoenix), a charming but wicked man who takes her in and forces her into prostitution. The arrival of Orlando (Academy Award® nominee Jeremy Renner) – a dashing stage magician who is also Bruno’s cousin – restores her self-belief and hopes for a brighter future, becoming her only chance to escape the nightmare in which she finds herself.

Following its world premiere at the 2013 Cannes Film Festival where it was nominated for the Palme d’Or prize, The Weinstein Company released this compelling drama theatrically on May 16, 2014. The New York Film Critics Circle awarded Academy Award® nominee Darius Khondji the prize for Best Cinematographer and Marion Cotillard for Best Actress. Cotillard and Khondjiwere both nominated for 2015 Independent Spirit Awards for their great achievements in the film.

THE IMMIGRANT has a running time of 117 minutes and is rated R for sexual content, nudity and some language. Special DVD and Blu-Ray™ features include Feature Commentary with Writer/Director James Gray and The Visual Inspiration of The Immigrant.

The Immigrant is now available on Blu-ray.