Ghostbusters: Afterlife Review: Jason Reitman’s Sequel is One of the Worst Results of Our Infantilized Culture 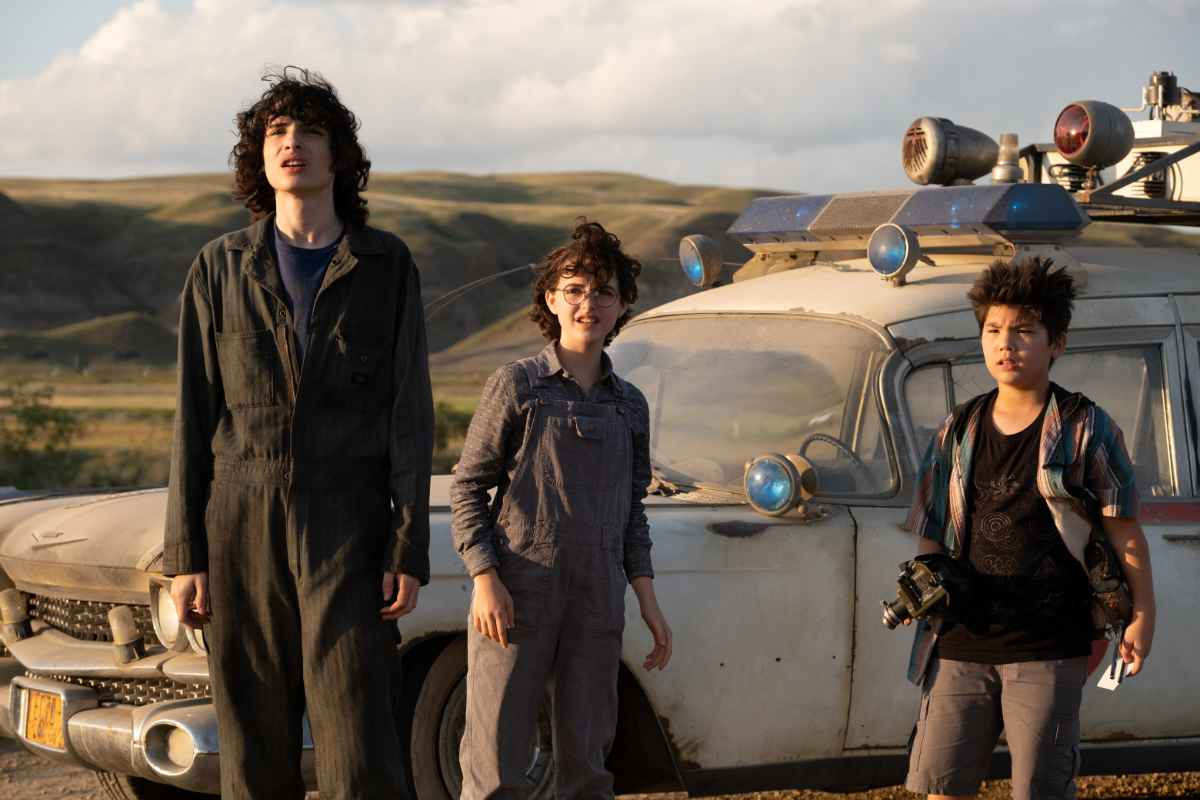 The once-prestigious Jason Reitman has remarked that after five consecutive box office bombs he felt the need to make his own Ghostbusters to finally confront the legacy of his father Ivan. If we take this statement at face value and not as a wholly disingenuous about-face, perhaps Reitman Jr. should’ve just done the “confrontation” in-person at Reitman Sr.’s long-gone downtown Toronto restaurant where the gimmick was that the chicken was uncooked or whatever. It may have humiliated far fewer people in the process.

Bringing us another franchise entry after the all-girls reboot from a half-decade ago performed slightly under expectations, Ghostbusters: Afterlife trades in bustling New York for the Canadian province Alberta doubling as rural Oklahoma, and it can certainly be said that the movie is as much of a bummer as a move to a small town would be for city kids—they being Phoebe (Mackenna Grace) and Trevor (Finn Wolfhard), whose broke single mother Callie (Carrie Coon) escorts them to an inherited family farmhouse after the death of her father.

Of course—with the hair, glasses, and interest in physics—Phoebe instantly signals that they’re the descendants of the departed Egon Spengler (CG likeness of Harold Ramis), whose home still abounds with all the gadgets and uniforms of the 1980s. Things naturally get set into motion when Phoebe tinkers with a ghost-catcher and brings it to the attention of her fellow science-obsessed teacher Mr. Grooberson (Paul Rudd, somehow maintaining his likability), who by accident unleashed entities such as fan favorite Muncher (the grunts and squeals of Josh Gad) on the unsuspecting small town.

Taking Star Wars: The Force Awakens as its carefully nostalgia-sculpted model and going far enough to fetishize the glow of the proton pack like a lightsaber, it’s hard not to see the film as one of the worst results of our infantilized culture. It seems baffling, considering what made the original Ghostbusters worth watching years later are things like Bill Murray’s expert timing of “yes, it’s true: this man has no dick,” not the dated effects wizardry that pales in comparison to the Spielberg and Zemeckis films of that time.

Sadly, whatever smart-aleck virility Bill Murray or genuine weirdness Dan Aykroyd brought to the proceedings is gone. Though this seems most likely because Gen X fans of Ghostbusters are disappointed they didn’t grow up into the figure of ’80s yuppie cool the original trio represented, and instead want to be stuck in the childhood when they saw it, so luckily we have a band of underage wisecrackers to take on a slick, CGI iteration of original villain Gozer.

Though when Ray (Dan Aykroyd) does appear, he makes sure to lay out the continuing corporate mantra at hand, if not just mentioning how his fellow Ghostbusters succeeded in advertising and finance after their operation went belly-up, but specifically how the institution ended with the Reagan era. It’s almost as if Reitman and co-writer Gil Keenan had been reading J. Hoberman. And maybe this isn’t accidental—a scene where Paul Rudd is chased by a number of ghoulies in a deadly vacant Wal-Mart has the almost sinister, sterile quality of the spaces in David Lynch and Paul Schrader’s recent sojourns into dying 21st-century America.

None of this is to overlook the truly most depressing element, which is [spoiler alert] digitally resurrecting Harold Ramis from the dead. While doing this for past stars isn’t necessarily an inherent moral disgrace, slapping on a maudlin “For Harold” as justification rubbed this writer particularly the wrong way. At least it got a strong reaction—as opposed to the rest, which only earns a “who the hell still cares?”