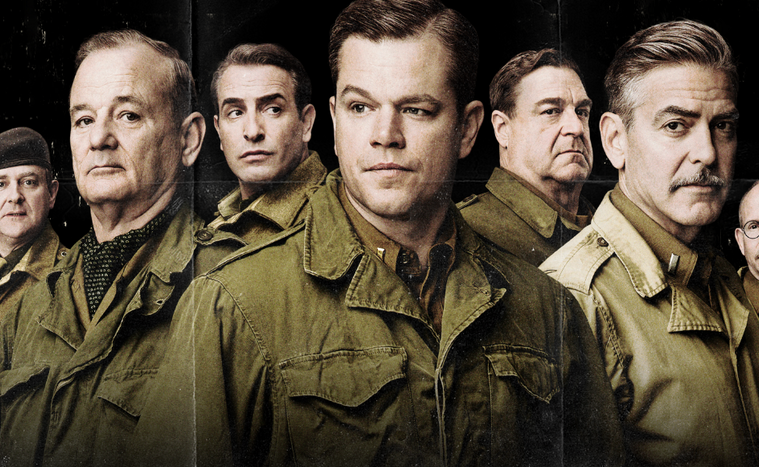 When the first trailer for George Clooney‘s WWII drama The Monuments Men hit it sold the film as more of an escapist piece of entertainment that wasn’t far removed from something in the Ocean’s franchise. Sony has now debuted our second look at the film and it’s going for a much more serious, sweeping tone that looks more like the prestige piece many imagined it would be in the first place.

Notably highlighting the integral members of our cast, including Clooney, Matt Damon, John Goodman, Bob Balaban, Bill Murray, Cate Blanchett, Jean Dujardin and Hugh Bonneville, we get a much better look at their mission at hand, which is preserving the culture the Nazis are attempting to destroy, or at least keep for themselves. One can check it out below and if you’d like to read Robert M. Edsel‘s book the film is based on, pick it up here and watch the documentary Rape of Europa, based on the same events, on Netflix Instant.

Based on the true story of the greatest treasure hunt in history, The Monuments Men is an action-thriller focusing on an unlikely World War II platoon, tasked by FDR with going into Germany to rescue artistic masterpieces from Nazi thieves and returning them to their rightful owners. It would be an impossible mission: with the art trapped behind enemy lines, and with the German army under orders to destroy everything as the Reich fell, how could these guys – seven museum directors, curators, and art historians, all more familiar with Michelangelo than the M-1 – possibly hope to succeed? But as the Monuments Men, as they were called, found themselves in a race against time to avoid the destruction of 1000 years of culture, they would risk their lives to protect and defend mankind’s greatest achievements.