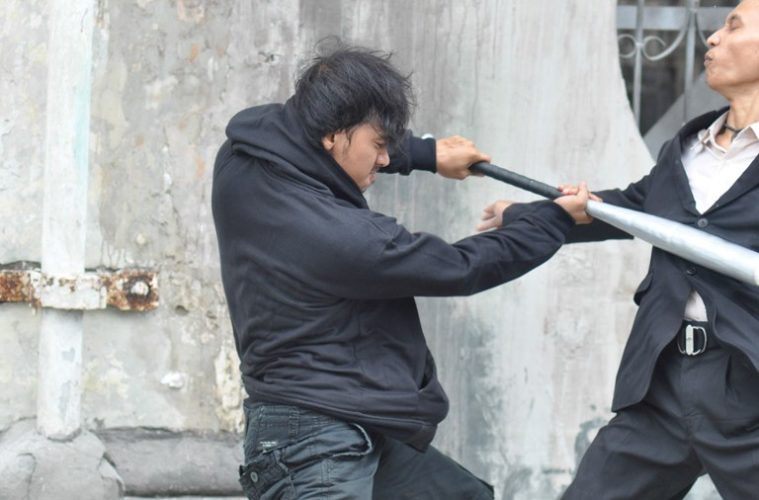 Full-Length Trailer For ‘The Raid 2: Berandal’ Steps Up the Action Taking place almost entirely in a single building, The Raid was an intense, action-packed surprise just a few years ago. Director Gareth Evans has now returned for the sequel and is stepping up the scope in a big way. Clocking in at a lengthy 148 minutes, The Raid 2 picks up shortly after the events of the first film and tracks Rama as he must go undercover in a Jakarta crime family.

Following the red band teaser, we’ve now got the first full-length trailer which shows off this new scope, including a variety of locales — from an elegant dinner table to a mud-filled battle — as well as new actions setpieces, particularly some high-flying car stunts. As a fan of the first film, it was still an exhausting experience, so hopefully Evans and co. can retain our attention for this longer runtime. Premiering at Sundance, check out the trailer below for the film starring Iko Uwais, Yayan Ruhian, Arifin Putra, Oka Antara, Tio Pakusadewo and Alex Abbad.

Written and directed by Gareth Evans, THE RAID 2 picks up right where the first film left off and follows Rama (Iko Uwais) as he goes undercover and infiltrates the ranks of a ruthless Jakarta crime syndicate in order to protect his family and uncover the corruption in his own police force. His mission is to get close to a new mob boss, Bangun, by befriending his incarcerated son, Uco. Rama must hunt for information linking Bangun with corruption in the Jakarta Police Department while pursuing a dangerous and personal vendetta that threatens to consume him and bring his mission–and the organized crime syndicate–down around him.Matt Flannery (THE RAID: REDEMPTION) and Dimas Imam Subhono served as cinematographers with Joseph Trapanese (THE BOURNE LEGACY), Aria Prayogi (THE RAID: REDEMPTION) and Fajar Yuskemal (THE RAID: REDEMPTION) scoring the picture.

The Raid 2 premieres at Sundance and hits theaters on March 28th.