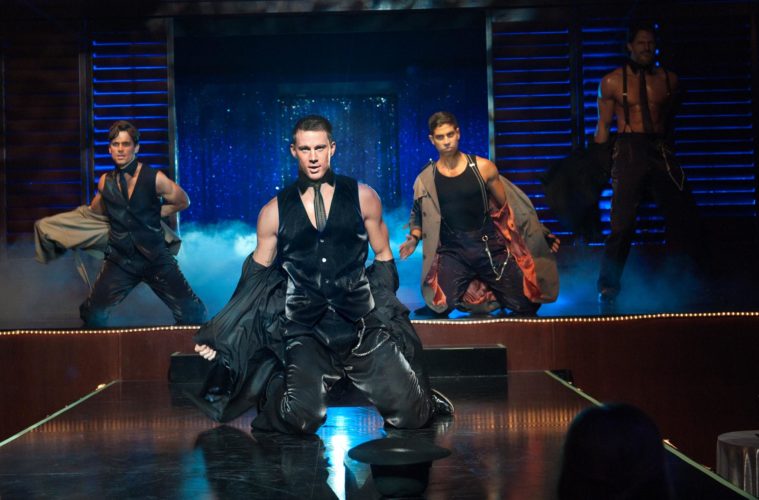 Following yesterday’s brief tease, the first full-length trailer for Steven Soderbergh‘s male stripper movie Magic Mike has arrived. Borrowing from Channing Tatum‘s real-life stories, it seems like this story could have gotten butchered into a subpar Verhoeven-style movie with another helmer. Instead Soderbergh brings his usual detail and takes things seriously, although the song choice isn’t helping. Word has it that Matthew McConaughey delivers one of the better performances of his career as well and I can’t wait to see him chew it up as a male strip club owner. Check it out below via Apple for the film also starring Alex Pettyfer, Matt Bomer, Joe Manganiello, Gabriel Iglesias, Olivia Munn, Riley Keough, Wendi McLendon-Covey, Cody Horn, Adam Rodriguez, Kevin Nash and Betsy Brandt.

A dramatic comedy set in the world of male strippers, “Magic Mike” is directed by Academy Award(R)-winning director Steven Soderbergh (“Traffic”) and stars Channing Tatum in a story inspired by his real life. The film follows Mike (Tatum) as he takes a young dancer called The Kid (Alex Pettyfer) under his wing and schools him in the fine arts of partying, picking up women, and making easy money.