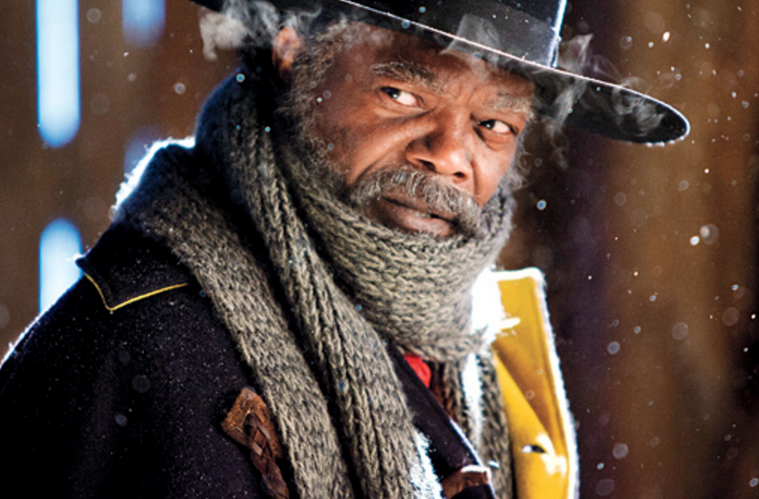 Xavier Dolan‘s Tom at the Farm will finally be released in the U.S. on August 14th via Amplify, Variety reports.

Samuel L. Jackson talks about shooting on a refrigerated set for The Hateful Eight (via Collider):

All of us are so anxious to see this movie because, every day, the work was incredible. It was taxing, in a very interesting way, because we were in the snow, at first, and then we get inside this room. Quentin shot on a refrigerated set, and it was 30 degrees, every day, in there. We were miserable in the environment. You could see our breath, but the stuff that we were doing was amazing. We would finish doing a scene and look at each other and just grin like, “This is incredible.” And we may be blowing smoke up our own asses, but I hope it’s as good as we felt like it was when we were doing it.

Listen to Eminem‘s original song for the Southpaw soundtrack:

The full line-up for Japan Cuts 2015 has been unveiled as well as the competition line-up for Karlovy Vary 2015.

The New Yorker‘s Richard Brody on the photographs that helped Breathless start a revolution:

The French New Wave was born of fused and contradictory devotions to documentary and fiction, by filmmakers obsessed with recording the practical, material, and emotional details of their lives, but doing so in the forms and styles of classic movie mythology—a mythology that they, as critics, played a large role in establishing. The film that spearheaded this revolution is Jean-Luc Godard’s “Breathless,” starring Jean-Paul Belmondo and Jean Seberg, which was released in France in March, 1960. A crucial part of that film’s mythological power—and that of the New Wave over all—arose from Raymond Cauchetier’s daringly original still photographs from the shoot of the film.