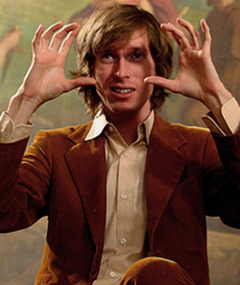 With production kicking off in Rhode Island, the next live-action feature from the auteur writer/director Wes Anderson, has picked up a distributor. Moonrise Kingdom features a stellar cast of Bruce Willis, Edward Norton, Bill Murray, Frances McDormand, Tilda Swinton, and Jason Schwartzman.

There was even a hint of long-time collaborator Owen Wilson joining, but there is no mention in the press release. However, newcomers Jared Gilman and Kara Hayward have joined the film as a young boy and girl falling love who run away together and search commences for them in a 1960s New England coastal town.

By the expected 2012 release, this will mark the first live-action film for Anderson in five years. He last directed the animation Fantastic Mr. Fox in 2009, and The Darjeeling Limited before that, both distributed by Fox Searchlight. Moonrise Kingdom will mark his first Focus Features distributed fealm. While I haven’t outright adored any of his films, his unique style is always a refreshing time at the cinema. Check out the full press release below. Set on an island off the coast of New England in the 1960s, Moonrise Kingdom follows a young boy and girl falling in love. When they are moved to run away together, various factions of the town mobilize to search for them and the town is turned upside down – which might not be such a bad thing. Bruce Willis plays the town sheriff; two-time Academy Award nominee Edward Norton is cast as a camp leader; Academy Award nominee Bill Murray and Academy Award winner Frances McDormand portray the young girl’s parents; the cast also includes Academy Award winner Tilda Swinton and Jason Schwartzman. The young boy and girl are played by Jared Gilman and Kara Hayward.

Mr. Schamus commented, “One of the world’s most distinctive filmmakers, Wes crafts witty and emotionally affecting pictures. The stellar cast will bring his and Roman’s fanciful script to life, and audiences will enjoy their trip back in time to this Kingdom. Everyone at Focus is pleased to be working with Wes and partnering with Indian Paintbrush.”

Indian Paintbrush, a film development/production/finance company, is in pre-production on the romantic comedy Seeking a Friend for the End of the World, written and to be directed by Lorene Scafaria with Steve Carell and Keira Knightley starring. Currently in production is the Untitled David Chase Project with James Gandolfini, Brad Garrett, Bella Heathcote, and Jack Huston starring for the writer/director. Indian Paintbrush is in post-production on Jeff Who Lives At Home, written and directed by Jay and Mark Duplass, starring Jason Segel, Susan Sarandon, Ed Helms, and Judy Greer, which will be released by Paramount Pictures. Recently, Indian Paintbrush and Paramount acquired Drake Doremus’ Like Crazy, which took home the Grand Jury Prize for Drama as well as a Special Grand Jury Prize for star Felicity Jones at the Sundance Film Festival; the love story also stars Anton Yelchin and Academy Award nominee Jennifer Lawrence.