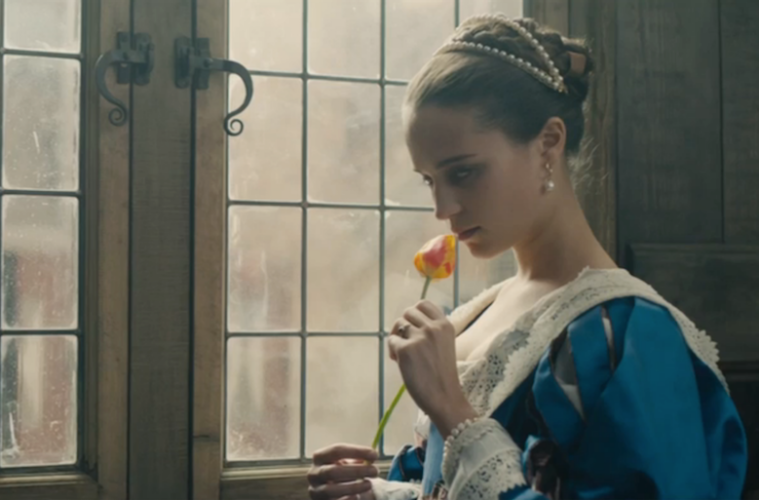 Before The Light Between Oceans and Jason Bourne, Alicia Vikander will take the lead in another feature this year. While Tulip Fever is technically the actress’ first film after winning an Oscar for The Danish Girl, the drama shot two summers ago, but will finally see a release this year. Coming from The Weinstein Company, the first trailer has arrived today.

Also starring Christoph Waltz, Dane DeHaan, Cara Delevingne, Jack O’Connell, Judi Dench, Zach Galifianakis, and Tom Hollander, the film is based on Deborah Moggach‘s novel of romance, paintings, and 17th-century Netherlands. Directed by Justin Chadwick (Mandela: Long Walk to Freedom), it follows a love affair between a man and a woman at a time when Dutch painters were creating paintings that would go on to become dubbed masterpieces.

Set in 17th century Amsterdam, TULIP FEVER follows a married woman (Alicia Vikander) who begins a passionate affair with an artist (Dane DeHaan) hired to paint her portrait. The lovers gamble on the booming market for tulip bulbs as a way to raise money to run away together.