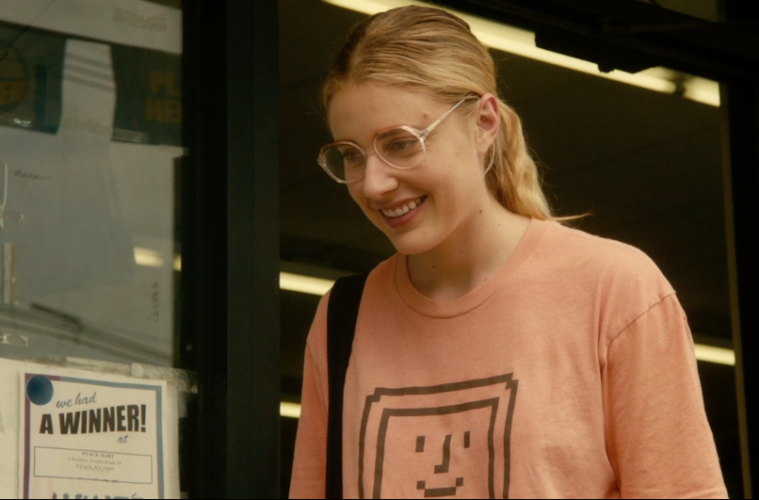 Todd Solondz is back this year and he’s somewhat returning to his roots. Wiener-Dog, partially inspired by his break-out hit, the Sundance Grand Jury Prize winner Welcome to the Dollhouse, follows the adventures of a dachshund as he interacts with a variety of people through his life, including Ellen Burstyn, Kieran Culkin, Julie Delpy, Danny DeVito, Greta Gerwig, Tracy Letts, and Zosia Mamet.

Backed by Megan Ellison‘s Annapurna and Christine Vachon‘s Killer Films, it’s one of the best films I had the chance to see at Sundance, where it was thankfully quickly picked up by Amazon Studios. They’ll release it in less than a month with some help from IFC Films, and the first trailer has now arrived.

I said in my review from Sundance, “As uncomfortable a viewing experience it may be, the best films from Todd Solondz slowly reveal themselves with their character intricacies and distinct touches, burrowing deep inside as they replay in one’s mind. In his latest feature, Wiener-Dog, he’s crafted a series of incisive, perceptive vignettes mutually connected by the shifting owners of his title character. Aptly described by Solondz as Au Hasard Balthazar meets Benji, there’s no denying it bears his brand of humor and heartbreak in every scene.”

From director Todd Solondz (WELCOME TO THE DOLLHOUSE, HAPPINESS), WIENER-DOG is a dark, starkly funny story of a single dog and the many different people she touches over her short lifetime. Man’s best friend starts out teaching a young boy some contorted life lessons before being taken in by a compassionate vet tech named Dawn Wiener. Dawn reunites with someone from her past and sets off on a road trip. After leaving Dawn, Wiener-Dog encounters a floundering film professor, as well as an embittered elderly woman and her needy granddaughter—all longing for something more. Solondz’s perversely dark comedy offers an appallingly honest look at the American experience, brought to life by its all-star cast.