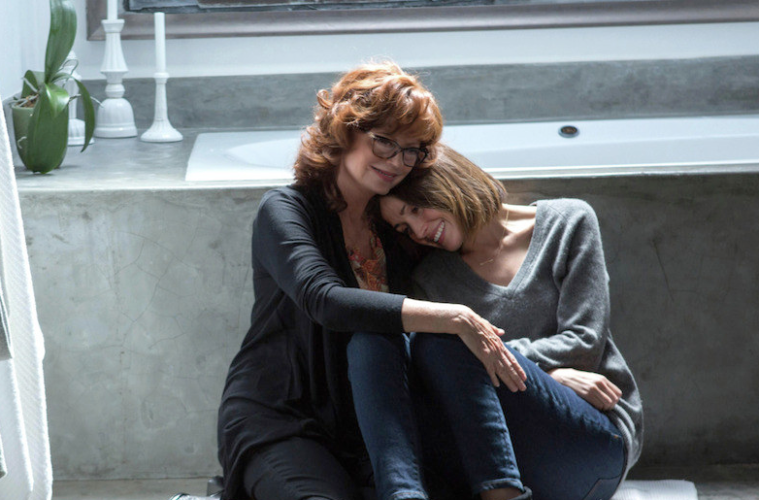 As evidenced in our extensive, two-part interview with writer/director/actor/producer Lorene Scafaria is a talent to watch. She made her directorial debut a few years back with the apocalyptic, grounded dramedy Seeking a Friend for the End of the World, and now she’s back this year with The Meddler. After premiering at TIFF last fall, we now have the first trailer ahead of a spring release.

Starring Susan Sarandon, Rose Byrne, J.K. Simmons, Jerrod Carmichael, Cecily Strong, Lucy Punch, Casey Wilson, Jason Ritter, Sarah Baker, and Michael McKean, it follows a mother-daughter relationship. Reviews were mostly positive, with David Ehrlich saying, Imagine if Clueless had starred a 68-year-old Susan Sarandon as an overbearing mother and you’ll have the right idea about Lorene Scafaria’s The Meddler, a sweet and sneakily effective portrait of a woman learning how to re-engage with the world after the greatest loss of her life.” Check out the trailer and poster below.

With a new iPhone, an apartment near the Grove, and a comfortable bank account left to her by her beloved late husband, Marnie Minervini has happily relocated from New Jersey to Los Angeles to be near her daughter Lori, a successful (but still single) screenwriter, and smother her with motherly love. But when the dozens of texts, unexpected visits, and conversations dominated by unsolicited advice force Lori to draw strict personal boundaries, Marnie finds ways to channel her eternal optimism and forceful generosity to change the lives of others—as well as her own—and find a new purpose in life.

The Meddler opens on April 22nd.