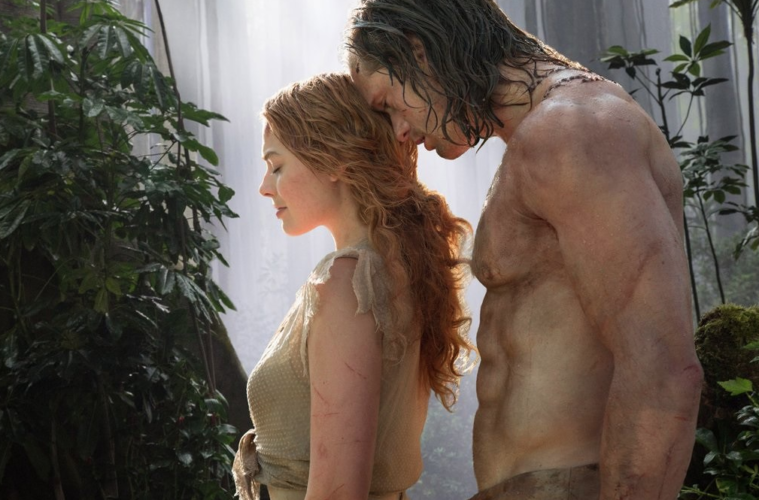 It wouldn’t be a summer tentpole season without endless reboots and sequels. Answering the call is Warner Bros., who brought back their Harry Potter director David Yates (who helmed the last four films and is currently shooting Fantastic Beasts and Where to Find Them) to direct The Legend of Tarzan, starring Alexander Skarsgård, Margot Robbie, Samuel L. Jackson, Christopher Waltz, Djimon Hounsou, and John Hurt.

The first trailer has now landed and packs the visual polish Yates had also brought to his contribution to the fantasy saga. As much as I’m a fan of the cast, it still remains to be seen if this story will have a reason to be told yet again. Set for a prime July 4th week release, check out the trailer below, along with the synopsis and poster.

It has been years since the man once known as Tarzan (Skarsgård) left the jungles of Africa behind for a gentrified life as John Clayton III, Lord Greystoke, with his beloved wife, Jane (Robbie) at his side. Now, he has been invited back to the Congo to serve as a trade emissary of Parliament, unaware that he is a pawn in a deadly convergence of greed and revenge, masterminded by the Belgian, Captain Leon Rom (Waltz). But those behind the murderous plot have no idea what they are about to unleash.

The Legend of Tarzan opens on July 1st.