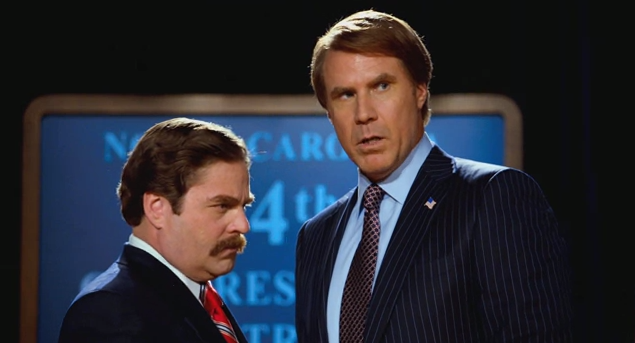 First Trailer For ‘The Campaign’ Pits Will Ferrell Against Zach Galifianakis Following a pair of fake promotional campaign ad teases, we’ve got the first trailer for Jay Roach‘s summer comedy The Campaign, featuring Will Ferrell and Zach Galifianakis as dueling candidates in their North Carolina district. Backed by The Black Keys‘ Gold on the Ceiling, it sets up Ferrell’s Cam Brady as the incumbent, facing off Galifianakis’ Marty Huggins, who seems to be doing his brother comedy shtick. When these two are our leads, it’s hard to not find a little funny in the proceedings. Hopefully this satire will be a bigger surprise this summer, especially timed with the election ahead. Check it out below for the film also starring Jason Sudeikis, Dylan McDermott, Katherine LaNasa, John Lithgow, Dan Aykroyd and Brian Cox.