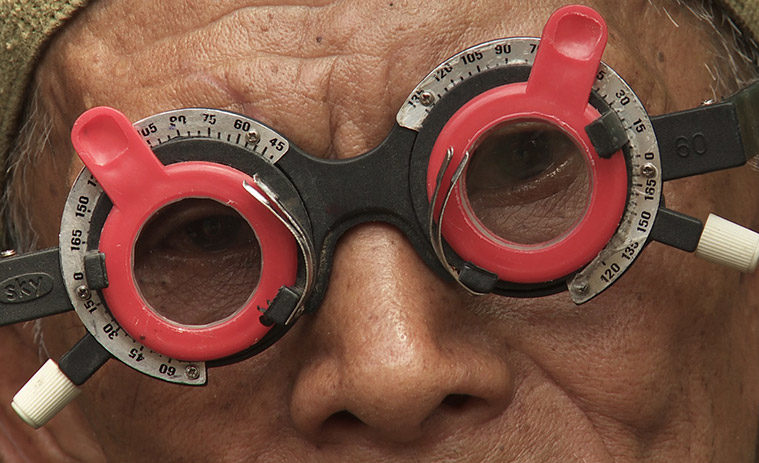 When Sight & Sound released their list of the Top 50 Documentaries of All-Time earlier this year, some were surprised that Joshua Oppenheimer‘s The Act of Killing made the list, not due to quality but rather how small of a gap it’s been since it was release. His look at the effects of the Indonesian genocide is indeed one of the most acclaimed documentaries, period, and now we’ll have the chance to return to the subject matter in his follow-up, The Look of Silence. Although it won’t be released until later next year, Drafthouse Films have unveiled the first trailer for the film, once again produced by Werner Herzog and Errol Morris.

We said in our review from Venice, “When sitting down to watch The Look of Silence you’re struck by how quickly you can slip back into the particular brand of uncomfortable captured by its predecessor. The laughs, the jarringly playful recounting, the unblinking eye of the camera – it’s like a nightmare you find waiting for you when you go back to sleep, astonishingly unchanged. And yet it only takes a few minutes to fully comprehend how The Look of Silence is complementing and expanding the subject, and why Oppenheimer is not letting this go.” As we await a firm release date, check out the trailer below along with conversations with Oppenheimer from the festival tour:

Through director Joshua Oppenheimer’s work filming perpetrators of the Indonesian genocide, a family of survivors discovers how their son was murdered and the identity of the men who killed him. The youngest brother is determined to break the spell of silence and fear under which the survivors live, and so confronts the men responsible for his brother’s murder – something unimaginable in a country where killers remain in power. The Look of Silence arrives in summer 2015.