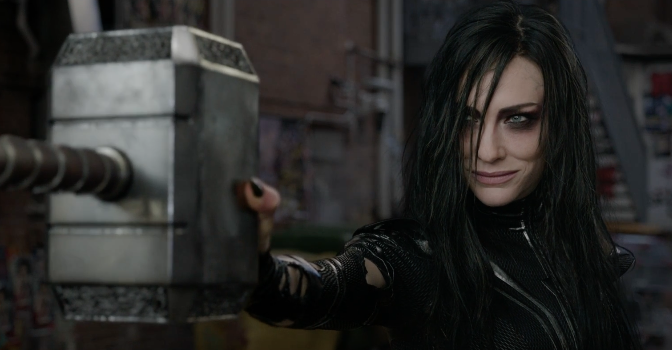 Ahead of Guardians of the Galaxy: Vol. 2, Marvel has dropped the first trailer for Thor: Ragnarok, hopefully marking a new direction for not only the franchise overall, but the Hemsworth-led films. Along with the cast (Blanchett! Goldblum!), the most promising element is that Taika Waititi (What We Do in the Shadows, Hunt for the Wilderpeople) is at the helm, and judging from the first preview, this third time around exudes an energy the previous entries lacked.

“Big Trouble in Little China was one of those films where Jack Burton is a buffoon but he’s lovable and you’re with him the entire way. I thought Thor has got to be the one you want to be with in every scene,” the director tells EW, naming the film’s major inspiration. Starring Chris Hemsworth, Tom Hiddleston, Cate Blanchett, Idris Elba, Jeff Goldblum, Tessa Thompson, Karl Urban, Mark Ruffalo and Anthony Hopkins, check out the trailer below, backed by Led Zeppelin’s “Immigrant Song.”

Thor is imprisoned on the other side of the universe without his mighty hammer and finds himself in a race against time to get back to Asgard to stop Ragnarok — the destruction of his homeworld and the end of Asgardian civilization — at the hands of an all-powerful new threat, the ruthless Hela. But first he must survive a deadly gladiatorial contest that pits him against his former ally and fellow Avenger — the Incredible Hulk!