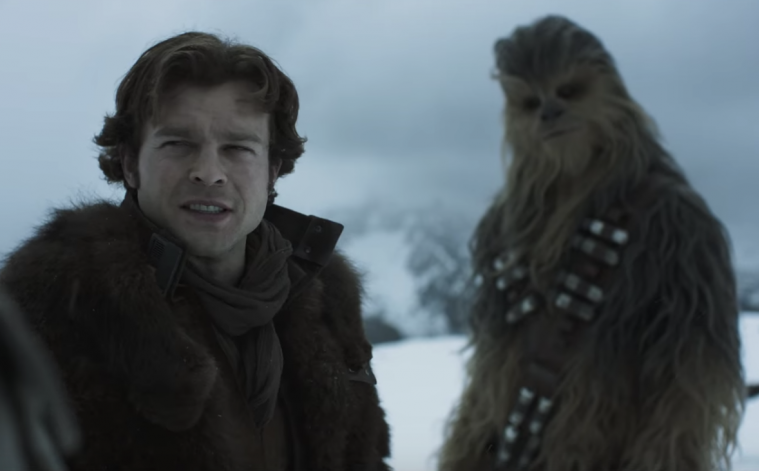 First Trailer for ‘Solo: A Star Wars Story’ Introduces the Origins of a Smuggler

We are just about three months away from the latest Star Wars movie–the quickest one has arrived after its predecessor–and with it came incessant pleas wondering why we haven’t seen any footage for a film those complaining about will see on opening day regardless. Well, now the first footage has arrived for Solo: A Star Wars Story, which marks the second spin-off in the re-launched franchise following another prequel, Rogue One.

Directed by Ron Howard, who replaced Chris Lord and Phil Miller after they nearly shot their entire film, extensive reshoots lasted throughout last summer and into October, but the film, which tells the origins of the galaxy’s most infamous, suave smuggler, is still on track to arrive this may. Led by Hail, Caesar! star Alden Ehrenreich as Han Solo, he’s joined by Woody Harrelson, Emilia Clarke, Donald Glover, Thandie Newton, Phoebe Waller-Bridge, Joonas Suotamo, and Paul Bettany.

See the preview below and check back on this post for the full trailer tomorrow morning.

Update: Here’s the full trailer and set of character posters.

Solo: A Star Wars Story opens on May 25.