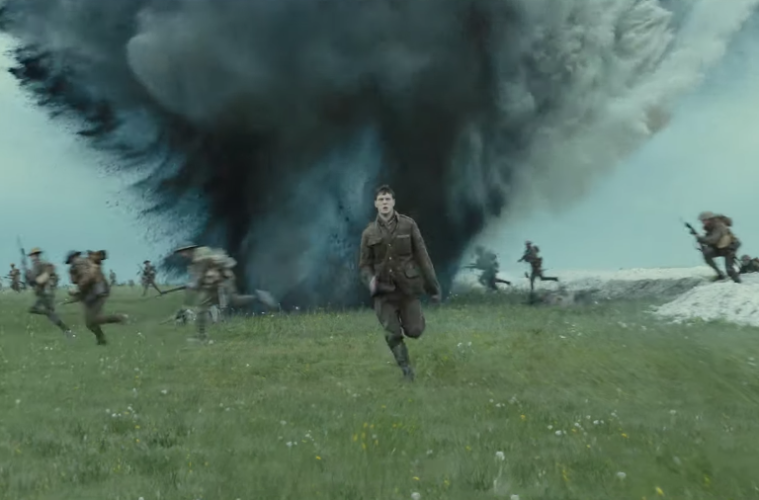 After spending nearly all of the decade dedicated to the world of Bond, Sam Mendes will close things out with a war film, his first since Jarhead. As the title suggests, 1917 will take on a different era, exploring the journey of soldiers in World War I. Starring George MacKay, Dean-Charles Chapman, Colin Firth, Mark Strong, Benedict Cumberbatch, Richard Madden, and Andrew Scott, the first trailer has now arrived for the film that is rumored to be presented in one long take.

The official synopsis reads, “At the height of the First World War, two young British soldiers, Schofield (Captain Fantastic’s George MacKay) and Blake (Game of Thrones’ Dean-Charles Chapman) are given a seemingly impossible mission. In a race against time, they must cross enemy territory and deliver a message that will stop a deadly attack on hundreds of soldiers—Blake’s own brother among them.”

Shot by Roger Deakins, watch below.