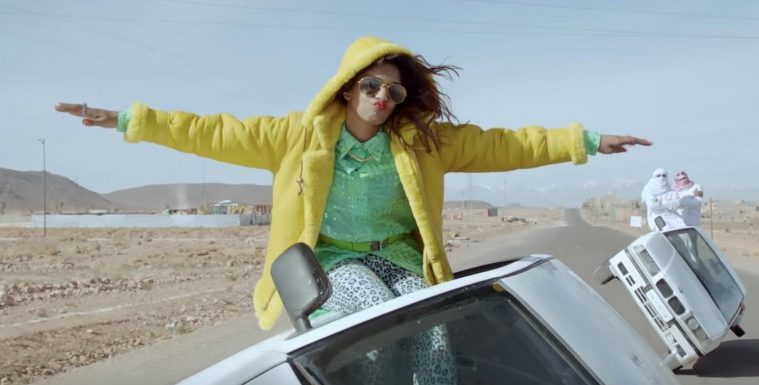 First Trailer for ‘Matangi/Maya/M.I.A.’ Takes an Intimate Look at the Complex Layers of a Pop Icon

At the Sundance Film Festival earlier this year, documentary filmmaker Stephen Loveridge made his directorial debut with the premiere of Matangi/Maya/M.I.A. Following its initial premiere (and the subsequent screenings at the Berlin International, New Directors/New Films, and the Sydney Film Festival), Loveridge’s newest feature documentary will now find its way into theaters – courtesy of Yellow Submarine and Exit Through The Gift Shop distributor Abramorama.

The documentary centers on Sri Lankan musician and rapper Mathangi “Maya” Arulpragasam – better known by her artistic alias “M.I.A.” As the three-part title suggests, Matangi/Maya/M.I.A. delves into the different stages of Maya’s life and takes an intimate look at her upbringing. To achieve this effect, it’s fitting that the film is culled from over 700 hours of M.I.A.’s self-archived footage of her life and career.

Our own Leonardo Goi caught the film at the New Directors/New Films Festival and applauded Loveridge’s inaugural execution in depicting an artist who strives to be nothing short of unconventional: “This is where Loveridge’s fulminating bio-doc ultimately lands: far from a hagiography or a sterile playlist doc, Matangi/Maya/M.I.A. is an uncompromising look at an artist who always refused to play by the script others laid out for her. Miles away from the truffle-flavored French fries enthusiast the Times had conveniently silenced her as, Loveridge offers a hypnotic portrait of a restless and inconvenient artist who understood the power of her voice, and felt compelled to use it for a greater cause.”

Courtesy of Abramorama, Matangi/Maya/M.I.A. will hit theaters on September 28th. Check out the first trailer below, along with a Q&A from ND/NF.

Drawn from a cache of personal video recordings from the past 22 years, director Steve Loveridge’s MATANGI / MAYA / M.I.A. is a startlingly personal profile of the critically acclaimed artist, chronicling her remarkable journey from refugee immigrant to pop star. She began as Matangi. Daughter of the founder of Sri Lanka’s armed Tamil resistance, she hid from the government in the face of a vicious and bloody civil war. When her family fled to the UK, she became Maya, a precocious and creative immigrant teenager in London. Finally, the world met her as M.I.A. when she emerged on the global stage, having created a mashup, cut-and-paste identity that pulled from every corner of her journey along the way. Never one to compromise on her vision, Maya kept her camera rolling throughout. MATANGI / MAYA / M.I.A. provides unparalleled, intimate access to the artist in her battles with the music industry and mainstream media as her success and fame explodes, becoming one of the most recognizable, outspoken and provocative voices in music today.