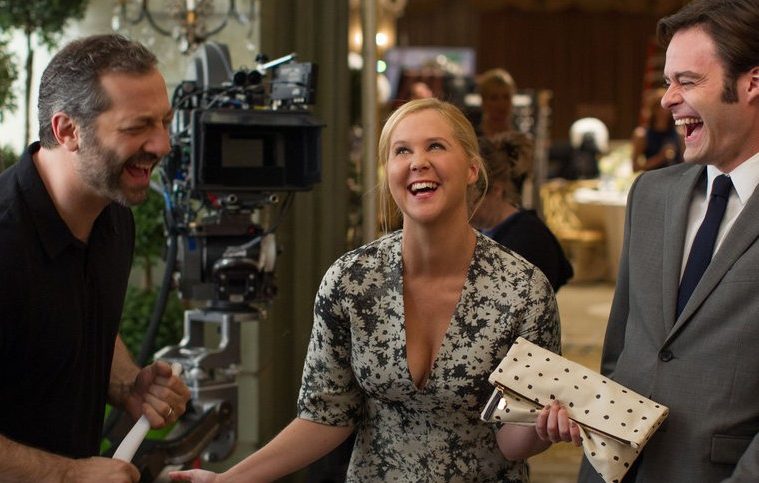 After helping bring the work of Lena Dunham to a wider audience with Girls, Judd Apatow will now give another up-and-coming talent the spotlight on the feature film side with Trainwreck. Written by Amy Schumer, who also leads the comedy, Apatow’s latest feature follows her character living a life in New York dealing with unrealistic romantic expectations.

The first funny trailer has now dropped today ahead of a SXSW premiere and a summer release, which looks to give Schumer an even bigger break-out than her Comedy Central show has already provided her. Also featuring Bill Hader, Brie Larson, Colin Quinn, John Cena, Tilda Swinton, LeBron James, Daniel Radcliffe, Ezra Miller, Barkhad Abdi, and what’s sure to be many more cameos, check out the trailer below.

Update: See the red band and green band trailers below.

Since she was a little girl, it’s been drilled into Amy’s (Schumer) head by her rascal of a dad (Colin Quinn) that monogamy isn’t realistic. Now a magazine writer, Amy lives by that credo—enjoying what she feels is an uninhibited life free from stifling, boring romantic commitment—but in actuality, she’s kind of in a rut. When she finds herself starting to fall for the subject of the new article she’s writing, a charming and successful sports doctor named Aaron Conners (Bill Hader), Amy starts to wonder if other grown-ups, including this guy who really seems to like her, might be on to something.