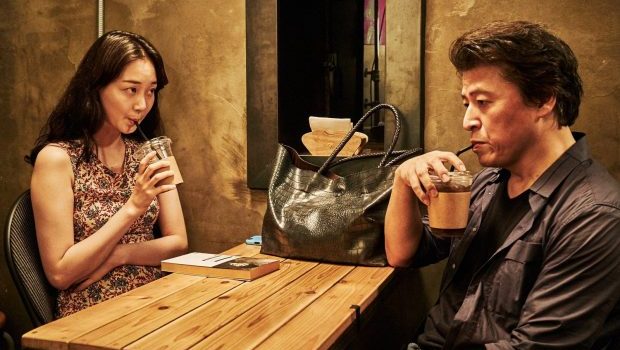 What to do that will get more people watching Hong Sang-soo‘s films? Is my hard-wired belief that he’s one of the greatest (if not the very greatest) living screenwriters sufficient, or my conviction that almost every director — even those I ultimately like more — could learn a thing or two by observing the way he directs actors? Will a podcast appearance in which I sing his praises do enough? Will our list chronicling the century-so-far’s best comedies (on which he’s one of the few directors to have multiple entries) set off a spark?

Maybe a first teaser and some hugely kind words about his latest feature is all that’s needed. Yourself and Yours, the 18th to Hong’s name, was recently slotted for this year’s New York Film Festival, and their write-up already gives good reason to believe it continues the writer-director’s trend of mixing structural experimentation and scathing comedy — or, as the festival’s notes say, “boldly and wittily continues his ongoing exploration of the painful caprices of modern romance.”

The preview gives (or seems to give) some taste of Yourself and Yours‘ approach to narrative and character, yet presents itself in such a way as to concede essentially nothing — save for the promise of another bold zoom on Hong’s part.

Prolific NYFF favorite Hong Sangsoo boldly and wittily continues his ongoing exploration of the painful caprices of modern romance. Painter Youngsoo (Kim Joo-hyuk) hears secondhand that his girlfriend, Minjung (Lee Yoo-young), has recently had (many) drinks with an unknown man. This leads to a quarrel that seems to end their relationship. The next day, Youngsoo sets out in search of her, at the same time that Minjung—or a woman who looks exactly like her and may or may not be her twin—has a series of encounters with strange men, some of whom claim to have met her before . . .  Yourself and Yours is a break-up/make-up comedy unlike any other, suffused with sophisticated modernist mystery.

Yourself and Yours is currently without U.S. distribution.